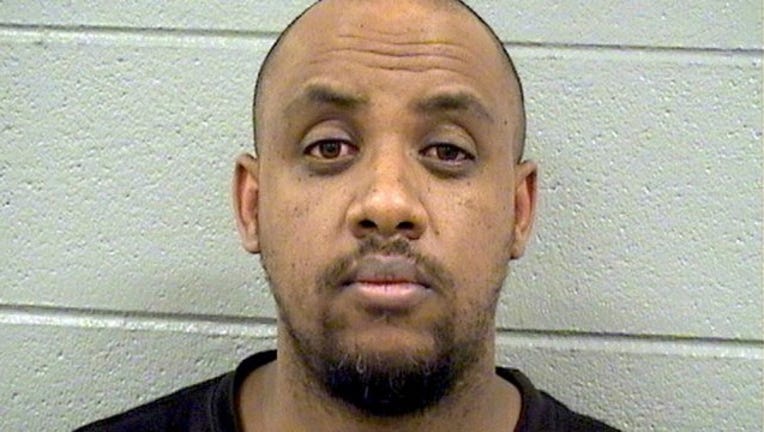 EVANSTON, Ill. (Sun-Times Media Wire) - A Chicagoan is charged with flashing a handgun after being denied entry into a woman's restroom at Burger King in north suburban Evanston.

Yonatan Wondimu, 38, of Rogers Park, allegedly threatened another customer and showed a gun after an employee told him not enter the restaurant's female restroom, Evanston police said in a statement.

Officers were called to the restaurant about 1:30 a.m. on June 28 at 1740 Orrington Ave., and were told that Wondimu drove off, police said. Officers found him shortly after at Chicago Avenue and Davis Street, where they allegedly found him with a 9mm Ruger Security 9.

Wondimu had a FOID card but no concealed carry license, police said. He was also driving on a suspended driver's license, according to police.

He was charged with disorderly conduct, driving with a suspended driver's license and one felony count of aggravated unlawful use of a weapon, police said.

A Cook County judge ordered Wondimu held without bail, police said. His next court date is scheduled for July 23.