Devontay Anderson has been arrested in connection with the fatal April shooting of 7-year-old Jaslyn Adams.

CHICAGO - Devontay Anderson was armed with an AK-47-style rifle with "a banana clip" when he opened fire at the car 7-year-old Jaslyn Adams was sitting in with her father at a West Side McDonalds drive-thru, Cook County prosecutors said Tuesday.

Anderson — who was taken into custody by FBI agents in Chicago earlier this week — fired at least 28 rounds from the rifle on April 18 when and he and two others targeted the girl’s 29-year-old father in the 3200 W. Roosevelt Road, according to Assistant State’s Attorney James Murphy.

"This is a violent offense, with an extensive amount of bullets fired," Judge Mary Marubio said before ordering 22-year-old Anderson held without bail.

"Almost 50 shots fired at a McDonald’s parking lot at a busy time of day … endangering anyone who happened to be in the vicinity."

Anderson is the third man to be charged with Jaslyn’s murder. 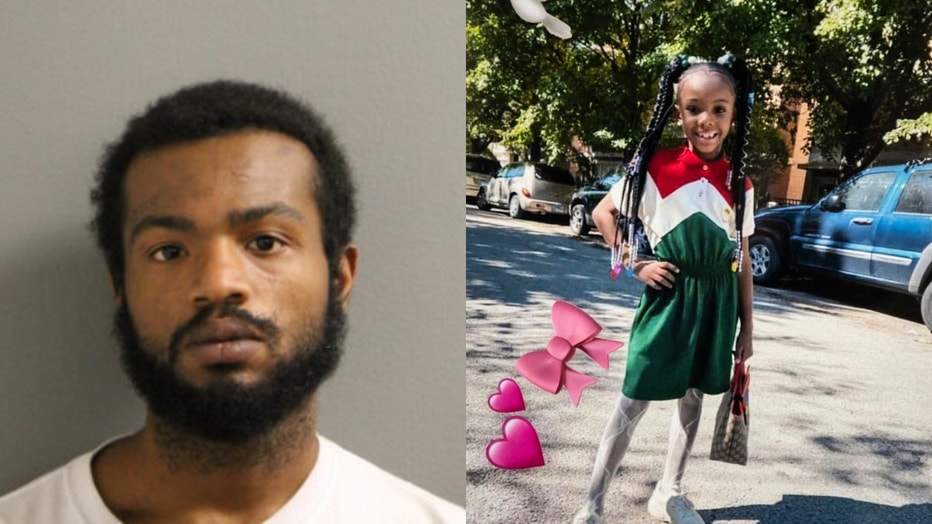 Demond Goudy, 20, was charged in April and accused of firing at least 19 rounds from a .40-caliber handgun. The alleged getaway driver, 18-year-old Marion Lewis, was charged a week before Goudy after he was taken into custody following a dramatic police chase on the Eisenhower Expressway.

Anderson fled to Miami after the shooting, but then returned to Chicago, where he was taken into custody by FBI agents Monday as he tried to escape through the rear yard of a home in the 600 block of North Central Avenue, Murphy police said.

Prosecutors again Tuesday presented a detailed timeline of events that led to the identification of the three men, including how investigators pieced together surveillance videos and a social media post that allegedly showed the men — including Anderson as he held the rifle — driving around the city.

Anderson’s fingerprints were also found in several locations in the silver Audi the suspects used in the shooting, Murphy said Tuesday.

But an assistant public defender said there was less evidence that tied Anderson to the shooting compared to his two co-defendants.

Nobody identified Anderson’s face in gas station surveillance that allegedly showed the three men together in the Audi before the shooting and Anderson wasn’t identified by a witness who saw them there and offered to fix damage to the Audi, Assistant Public Defender Margaret Domin said.

Anderson also had not sent any threatening social media messages to Jaslyn’s father, as Lewis is accused of doing, the defense attorney added, noting that as an adult, Anderson had only been convicted of a relatively minor drug charge.

"I fully understand the nature of this case, the publicity surrounding this case," Domin told the judge. "Mr. Anderson is a human being. Mr. Anderson deserves a bond."

Marubio said there wasn’t "any amount of money" Anderson could post "that would make the community safe."

Anderson is expected back in court Aug. 9.