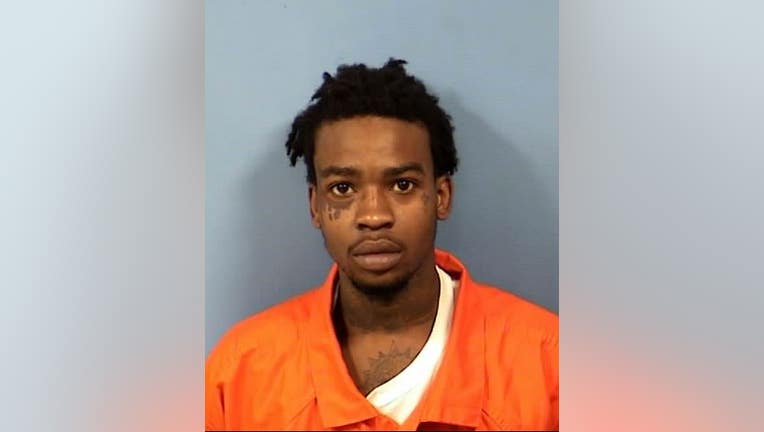 LOMBARD, Ill. - Bond has been denied for a Chicago man accused of shooting at a Lombard police officer.

Romaine Turner, 21, of Austin, has been charged with one count of aggravated discharge of a firearm, one count of armed habitual criminal and one count of unlawful use or possession of a weapon by a felon.

Turner was currently out on bond for armed habitual criminal out of Cook County when the shooting took place, authorities said.

On Thursday at about 8:30 a.m., Lombard police officers responded to the area of 1 West St. Charles Road for a call of a suspicious incident regarding two males wearing ski masks going into the 7-Eleven.

When officers arrived, one of the officers allegedly encountered Turner and another man outside the store.

While the officer was conversing with the men, another Lombard officer pulled into the parking lot, authorities said.

At that time, Turner allegedly fled on foot, and one of the officers followed him.

As Turner ran, prosecutors said he appeared to be holding an object.

Turner was taken into custody later Thursday morning while officers were conducting a search.

"There is absolutely no reason whatsoever that Mr. Turner should have been given a cash bond the first time he was charged as an armed habitual criminal," DuPage County State’s Attorney Robert Berlin said. "Providing a twice convicted felon the opportunity to post a relatively small bond, just $2,500 in Mr. Turner’s Cook County case, put the public and law enforcement at great risk, as alleged in this case."

Turner's next court appearance is schedule for Nov. 9.