A gruesome discovery was made after a SWAT incident on Chicago's northwest side.

CHICAGO - A Chicago man who suffers from mental illnesses said he was instructed by God to "get rid of" his 70-year-old neighbor because she "was the devil," Cook County prosecutors said Thursday.

Thomas Diskin has been accused of killing Dyan Nickerson, beating her with a marble column and hammer, prosecutors said. He also allegedly killed her bird, which he called "Satan," and cat, which he said was a human being reincarnated.

Officers found Nickerson dead lying inside her first-floor apartment in the 6600 block of North Northwest Highway in Edison Park after a person called 911 when she failed to meet up to sell an item, Assistant State’s Attorney James Murphy said.

The person who phoned police had gone to Nickerson’s house and noticed her door had been "heavily damaged," Murphy said. Diskin stuck his head out of the window of his second-floor apartment and ordered the person to leave. She eventually called police after Diskin allegedly made admissions regarding Nickerson and threatened to kill her too, Murphy said. 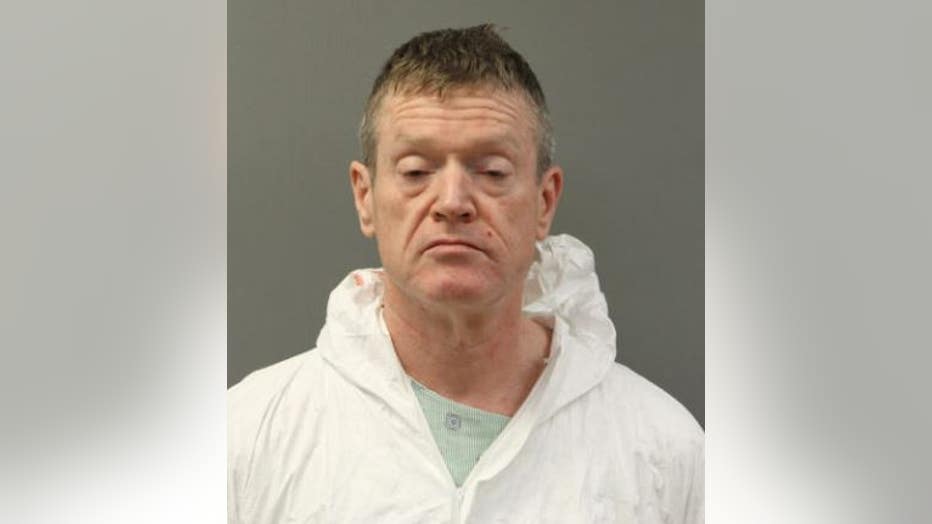 Diskin remained at the scene, prompting a 30-minute standoff with SWAT until he eventually surrendered and was taken into custody. He made "spontaneous statements" at the scene and had blood on one of his hands, Murphy said.

"I don’t know — it’s scary, shocking, I thought it was safe you know. I don’t — it’s just shocking," said Gonzalez.

Officers found a dead bird on the kitchen floor and a deceased cat near Nickerson, who appeared to have been beaten in the head with a blunt object, Murphy said.

A hammer with blood and hair on it and a marble pedestal stand with blood stains were recovered near Nickerson.

Diskin was taken to the Area 5 police station, where he told investigators that Nickerson "is the devil, skinny and never put food in her mouth," Murphy said. Among other things, Diskin allegedly said God told him Nickerson was the devil and that he "bashed [her] head in."

Diskin allegedly made several religious references and indicated that Nickerson was "going to hell." Nickerson didn’t press charges and wanted Diskin to get help.

Diskin was taken to a psychiatric hospital by the police.

Murphy noted that "clearly there is mental health issues in regards to this incident" but moved forward with asking the judge to deny him bail.

An assistant public defender argued a bond be set for Diskin, who she said suffers from depression, anxiety and bipolar disorder. The attorney also said her client is a writer and does open-mic comedy shows in Chicago.

Though Diskin has a history of mental illness, Judge Susana Ortiz sided with the prosecution and ordered him to be held without bail.

"Given the brutality of this alleged incident, the lack of any type of motive other than the thoughts that were purportedly in his head regarding this person needing to be killed because the devil was telling him what was needed to be done makes him particularly dangerous," she said.

Diskin is due back in court March 29.