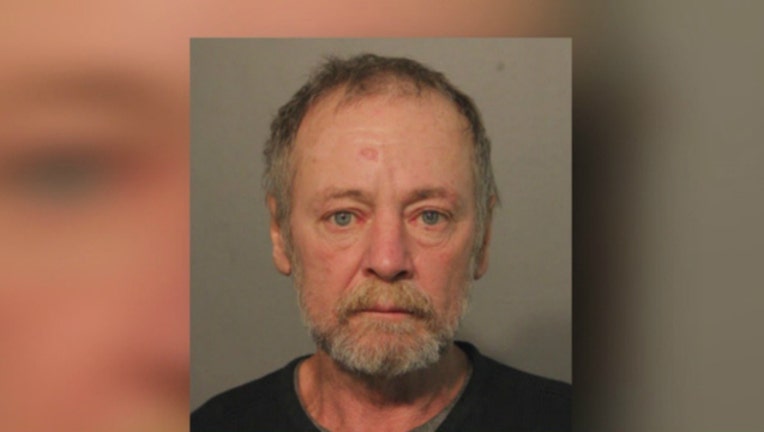 SUN-TIMES MEDIA WIRE - Steven Seiler told police that, for about a month, he had noticed a bad smell coming from the bedroom of the Uptown apartment he shared with his wife, but he never bothered to look inside.

If he had, Cook County prosecutors said Friday, Seiler might have noticed a pile of blankets covering his wife’s body, which was naked save for a blue tarp, Assistant State’s Attorney Julia Ramirez said Friday.
Seiler said he didn’t find out his wife had died until he got a call from his daughter. The 60-year-old, however, was charged with concealing a death, implying that authorities believe he might have known sooner.

Police had a building manager open the door to the apartment on Dec. 10, after getting a request for a wellness check on Seiler’s 58-year-old wife, Tamara Wilson.

Seiler was detained by police Tuesday, when he returned to the apartment in the 4400 block of North Clifton Avenue, and was found to be carrying Wilson’s state ID, Social Security Card, debit card, birth certificate and wedding ring, Ramirez said.

On Friday, Judge David Navarro ordered Seiler released on electronic monitoring. The Cook County Medical Examiner’s Office said Wilson had been dead for at least four days when her body was discovered by police. The office is awaiting the results of toxicology testing before issuing a ruling on how she died.

By Seiler’s timeline, he should have noticed the smell coming from his wife’s room by Nov. 24, when he used her debit card to buy a gold coin online, Ramirez said. Presumably the odor would not have improved on Dec. 1, when he allegedly sold the coin at a pawn shop.

The couple’s relationship was apparently stormy. Seiler in October had pleaded guilty to domestic battery charges for assaulting Wilson, and a judge entered a protective order barring him from coming to the Uptown apartment while under the influence of drugs or alcohol, Ramirez said.

Three days earlier, an inheritance check payable to Seiler had arrived in the mail — and Wilson took it to her attorney. In a 2009 civil lawsuit stemming from another domestic violence incident, a court had awarded Wilson $120,000 from Seiler.

Surveillance cameras showed Seiler entering and exiting the apartment, and checking the mail, each day for the five days prior to police discovering the body, Ramirez said.

The couple had married in 2014 and their daughter is 22, Ramirez said.