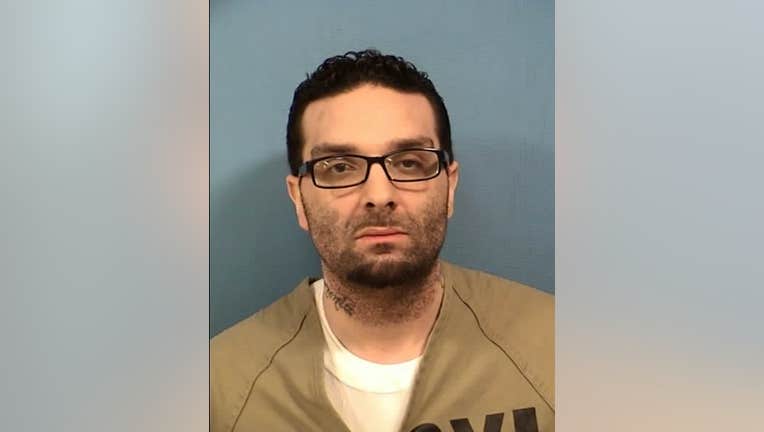 OAK BROOK, Ill. - A Chicago man has been sentenced to 15 years in the Illinois Department of Corrections for pouring paint thinner on the floor of the Oak Brook AMC Theater, and then attempting to light a cigarette while being escorted out of the building.

David Ferguson, 33, pled guilty this week to one count of attempted aggravated arson.

An arrest warrant was executed on July 2, 2018 against Ferguson, who was being held in the Cook County Jail for unrelated aggravated arson charges.

On Jan. 12, 2018, the manager of the Oak Brook Center AMC Theater was notified by a staff member of a suspicious individual walking around the area of theater five, prosecutors said.

When the manager went to theater five, he could smell a strong odor, later determined to be paint thinner, coming from theater six. Patrons were also seen quickly leaving that theater.

The manager then entered theater six and found Ferguson seated in the theater with a can of paint thinner on his lap.

Ferguson was quickly escorted out of the theater by the manager, at which time, Ferguson pulled out cigarettes and a lighter from his pocket and attempted to light a cigarette, prosecutors said.

He was escorted off the property.

"Fortunately, thanks to the alertness of staff and the quick response of the Manager at the Oak Brook Center AMC Theater, a possible tragedy was averted," Berlin said. "Thankfully, no fire was ever set, and no one was injured from the chemical fumes. During the holiday season, our theaters, restaurants and retail establishments are extremely busy with holiday shoppers and celebrations. Judge O’Connell’s sentence sends the message that in DuPage County we will use any and all resources available to us to protect our businesses and their patrons through this holiday season and throughout the entire year."

Ferguson was sentenced Tuesday, and will be required to serve 50-percent of his sentence. His sentence in DuPage County will be served consecutively to a six-year sentence he received out of Cook County.