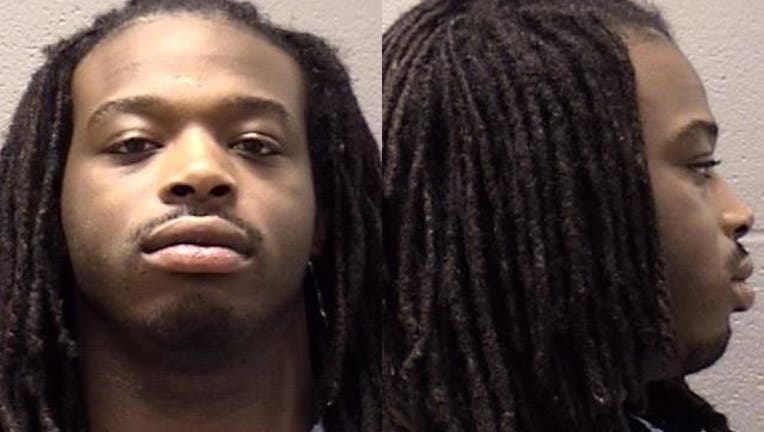 ELGIN, Ill. - A Chicago man has been sentenced to 95 years in the Illinois Department of Corrections for the 2018 shooting deaths of two Elgin men.

According to evidence presented by Kane County prosecutors, Stevenson and his co-defendant met up with Raymond Dyson, 29, and Mark McDaniel, 26, at about 2 p.m. April 29, 2018 in a parking lot in the first block of Longwood Place in Elgin.

Stevenson traveled from Chicago to Elgin to sell a pound of marijuana to McDaniel and Dyson.

Stevenson then got into the back seat of the car, while the two victims were in the front seats.

Stevenson shot Dyson in the back of the head and McDaniel twice in the back.

He then fled on foot with the co-defendant and the marijuana. Chicago police caught the pair about a half-mile from the crime scene 20 minutes later.

More than two dozen photographs from Stevenson's mobile phone were presented during the sentencing hearing that showed him posing with numerous guns, including AK-type weapons and multiple guns with extended magazines.

The photos were also taken while Stevenson was on parole for a previous felony and was prohibited from possessing gun, prosecutors said.

Stevenson is also charged in Cook County in an unrelated shooting during a drug transaction that occurred a month before he killed Dyson and McDaniel.