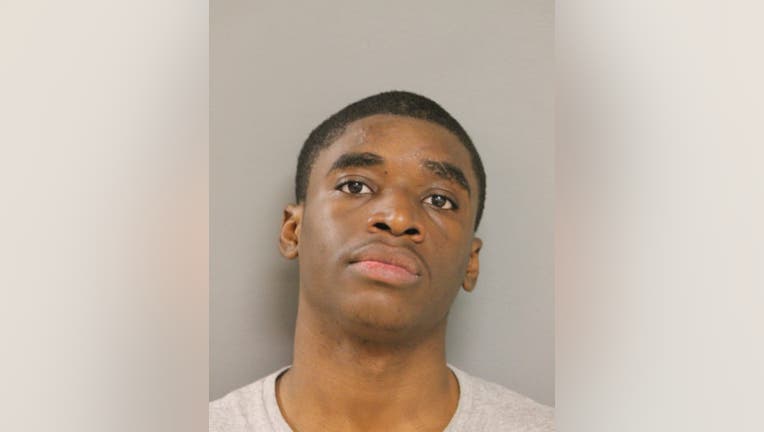 CHICAGO - A man at a block party in Bronzeville pulled out a gun and opened fire following an argument in June, killing a man and wounding a woman, Cook County prosecutors said in court Wednesday.

Rashon Kyle, 23, "smirked" before raising the gun and began firing at a group of people he had been arguing with earlier, Assistant State’s Attorney Daniel Hanichak said.

Two rounds of gunfire from two different guns rang out at the party around 4 a.m. June 12 in the 4200 block of South State Street, Hanichak said.

Vincent J. Barnes was shot in his chest and pronounced dead. A woman who wasn’t involved in the argument was shot in her leg and hospitalized, Hanichak said.

The argument began when Barnes’ sister and an acquaintance were dropped off at the party. The sister then met Barnes’ cousin who had driven her car there. Inside the car was a woman and Kyle in the backseat, Hanichak said.

For some reason, the acquaintance began arguing with the woman in the back seat, Hanichak said. While the two argued, they noticed a gun with an extended magazine in Kyle’s lap.

Barnes’ sister ordered everyone out of the car, and she left to find her brother, Hanichak said. Kyle slapped the acquaintance before she left, Hanichak said.

Barnes’ sister returned, now with her brother and the acquaintance, Hanichak said.

"As (they) got closer to where the defendant was standing, the defendant smirked and took out a handgun with an extended magazine and began firing at the victim," Hanichak said.

Barnes’ sister and the acquaintance both identified Kyle as the shooter, Hanichak said. Another witness, Kyle’s cousin who drove the car there, was not cooperating with police, Hanichak said.

Kyle was arrested Sunday in the Brainerd neighborhood where he lives, and charged with murder, police said.

Police recovered 21 shell casings from two different guns, both from where Kyle was standing, Hanichak said. Thirteen casings were from a 40-caliber gun, eight from a 9mm gun, Hanichak said.

No witnesses mentioned a second shooter, Hanichak said. But there were also no witnesses who saw Kyle shooting a second gun.

In 2018, Kyle was sentenced to one year in prison for unauthorized use of a weapon. He also has three weapons-related convictions from when he was a juvenile.

Kyle’s brother was recently murdered, his attorney said. Kyle lives with his father and worked in fast-food restaurants and was working to get his GED, the attorney said.

Judge Mary Marubio ordered Kyle held without bail on a count of first-degree murder. His next court date was set for Aug. 29.