CHICAGO - In a city that sees hundreds of murders a year, prosecutors say the case against Jamie Jones stands out as "horrific, gruesome and violent."

Jones, 31, of Chicago is accused of using a hammer to kill two men, keeping their bodies in a closet while holding a woman for days in Gresham, beating her and threatening to kill her too, according to prosecutors.

The woman was able to escape when Jones left the apartment at the corner of 83rd and Sangamon streets last week.

Prosecutors were unable to provide a motive for Jones, other than calling him a "cold-blooded killer."

The woman, 18, had been in a three-month-long abusive relationship with Jones, prosecutors said. They had been staying at the apartment but were recently kicked out by their roommate, Aaron Washington, 51.

But they still occasionally stayed there. On March 17, Jones and the woman entered the empty apartment to eat and were met a short time later by Washington as he returned to the apartment, prosecutors said.

Jones met him at the door and shook his hand, then took out a hammer and beat Washington over the head, hitting him more than 10 times, prosecutors said. Jones then grabbed a pillow and smothered Washington, they said.

Jones ordered the woman to stay in the bedroom and then dragged Washington’s body to a closet and cleaned the blood from the room, prosecutors said. He only allowed the woman out to use the bathroom.

The next day, the woman’s grandmother called her several times. Jones finally allowed her to answer but stood over her and threatened her not to mention the murder, prosecutors said.

A day or two after the phone call, Arronis Jackson, 51, came to the apartment looking for Washington, who owed him money. Jackson knocked but didn’t get an answer, so he used a key to enter.

Jones met him at the door and as they entered the living room, Jones took out the hammer and beat him to death, prosecutors said. Jones told the woman he was "tired" and ordered her to clean up the blood, prosecutors said. 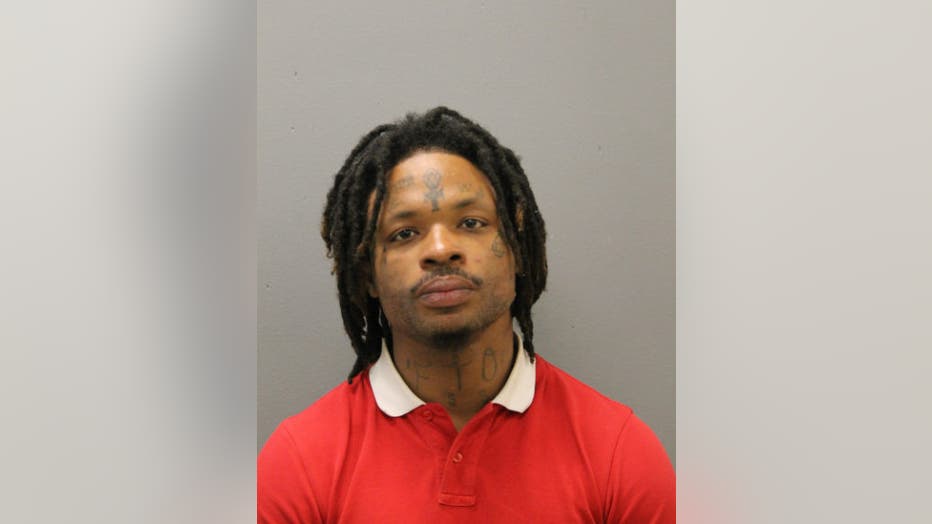 Over the next several days, Jones beat the woman while holding her in the bedroom. He occasionally left for short trips for cigarettes and cleaning supplies.

The woman finally escaped when Jones left to pick up a work ID for a new job. She waited an hour to make sure he was gone before running and calling her family at a nearby gas station.

She was taken to a hospital with claw marks to her legs from the back of the hammer. She told police about the murders and directed them to the closet, where they found the bodies under laundry.

On March 26, officers canvassing the area saw Jones and arrested him. Several witnesses confirmed that Jones was in the apartment during the time of the murders, prosecutors said.

Jones was ordered held without bail on charges of murder, kidnapping and domestic battery.