CHICAGO - A federal judge sentenced a Chicago man to nearly three years in prison Wednesday after he pleaded guilty to setting a police SUV on fire while wearing a Joker mask during widespread May 2020 demonstrations over the death of George Floyd in Minneapolis.

O’Donnell pleaded guilty in February to one count of interfering with law enforcement during the commission of civil disorder.

Before he was sentenced, O’Donnell apologized "to those whose businesses were left in utter ruin" and said he was sorry "if I hurt Chicago’s character in any way." 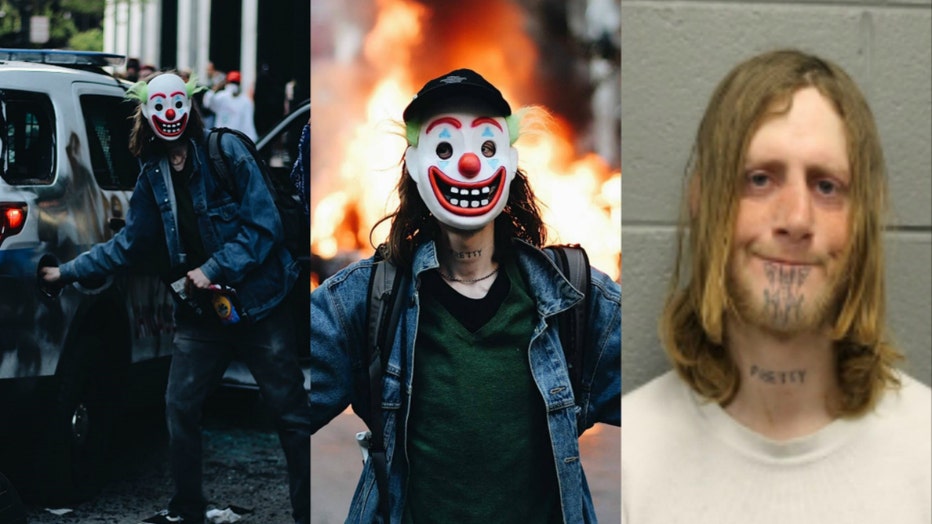 In a plea agreement, O’Donnell said he would pay $58,125 restitution to the Chicago Police Department to cover the cost of the damaged vehicle.

O’Donnell has been in custody since his June 2020 arrest.

Prosecutors said that a downtown protest had grown violent on the afternoon of May 30, 2020, when O’Donnell was seen on video taken by a bystander approaching the parked police vehicle, placing a cloth inside the gas tank and lighting it with a lighter.