Chicago Police Officer Carlos Yanez Jr., who was shot and critically wounded during a traffic stop in West Englewood earlier this month, released a video from his hospital room Wednesday.

CHICAGO - The father of a Chicago police officer who suffered serious injuries in a shootout with suspects earlier this month that resulted in the death of Officer Ella French called out Mayor Lori Lightfoot on Wednesday and said policy changes at the department gave bad guys in the city the upper hand against law enforcement.

Carlos Yanez Sr., himself a retired police officer from the city, told the Chicago-Sun Times that his son, Carlos Yanez Jr.—along with other officers—were told that they cannot draw their weapons unless the situation "warrants it."

"They didn’t do that when I was on the job," he told the paper. "They let us be police. There wasn’t a day that I didn’t draw my weapon, have it behind my leg or behind my thigh."

He told the paper that he did not want Lightfoot to visit his son in the hospital because his son was "no fan" to "put it mildly."

Lightfoot's office did no immediately respond to  after-hours email from Fox News about the criticism.

On Aug. 7, Yanez and French, 29, exchanged fire with suspects during a traffic stop. French’s death was the first fatal shooting of a Chicago officer in the line of duty since 2018 and put a new focus on gun violence in the city. On that same weekend, at least 64 others were shot, including 10 fatally. 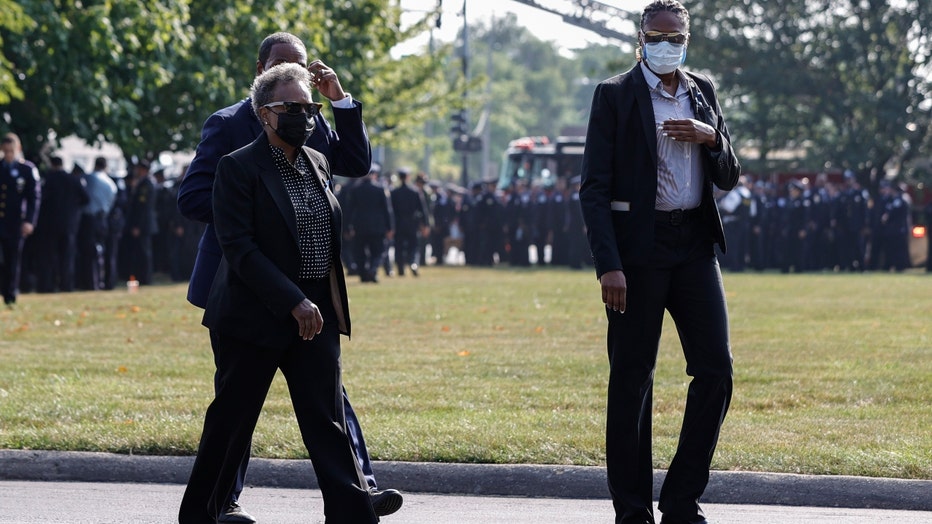 He said the "bad guys" in the city are well aware of the guidance and are "ready for them."

The report, citing prosecutors, said both French and Yanez Jr. had their weapons holstered when they took on fire. French was killed by a single shot to the head and Yanez, who released a video from the hospital, was struck in the brain, eye and shoulder. 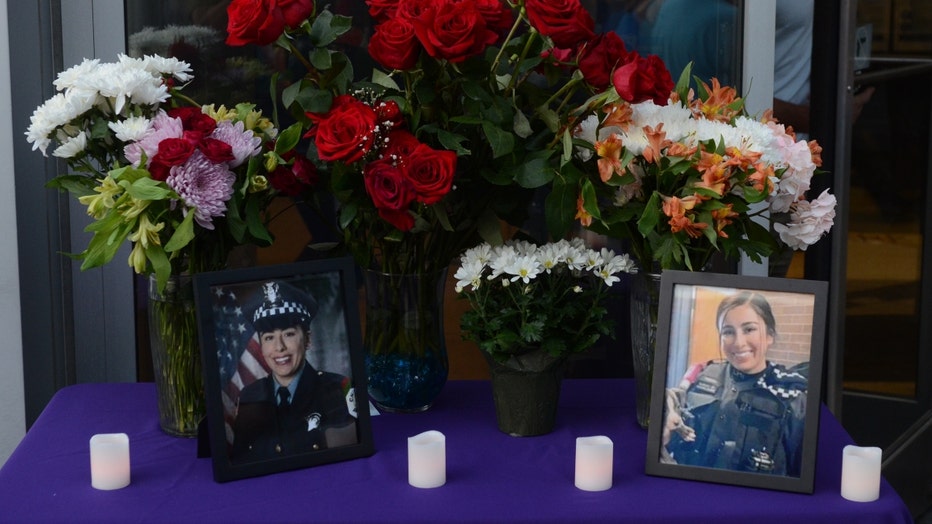 A prayer vigil was held in remembrance of Police Officer Ella French and her partner who continues to fight for his life on August 11, 2021 in Chicago at 16th District Chicago Police Department in United States on August 11, 2021. A crowd of Chicago (Jacek Boczarski/Anadolu Agency via Getty Images / Getty Images)