Chicago Mayor Lori Lightfoot, who's still trying to settle a nearly week-old teacher's strike, proposed a combination of debt refinancing, tax and fee hikes and assistance from the state Legislature on Wednesday to close a massive $838 million budget deficit.

CHICAGO - Chicago Mayor Lori Lightfoot, who's still trying to settle a nearly week-old teacher's strike, proposed a combination of debt refinancing, tax and fee hikes and assistance from the state Legislature on Wednesday to close a massive $838 million budget deficit.

"Our goals are bold, because they have to be," Lightfoot said. "We will put everything on the line and fight with everything we've got to make sure every Chicagoan can thrive."

Lightfoot didn't make any explicit reference during her address to the ongoing teachers' strike affecting more than 300,000 students. Chicago Public Schools later announced that classes would be canceled for a sixth day on Thursday. 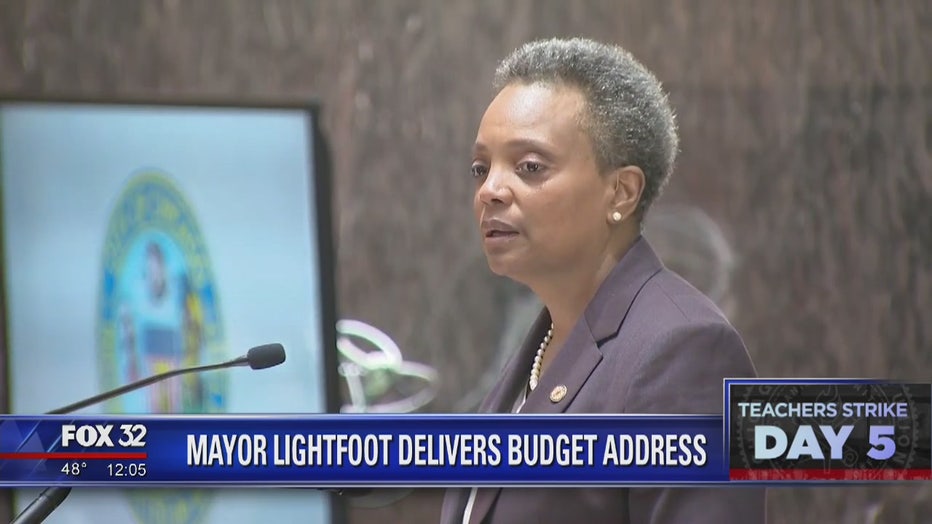 The budgets for the city and the Chicago Public Schools are proposed and approved separately, but the same taxpayers fuel both.

Remaining conscious of that reality is a political necessity for any Chicago mayor, said Michael Belsky, executive director of the Center for Municipal Finance at the University of Chicago.

"(City taxpayers) don't care if your tax revenue is going up for the city or the school," Belsky said. "It's still all going to be paid by them. The mayor in Chicago does have to be sensitive to that."

Illinois law since 1995 ensured Chicago's mayor has control over the schools via sole authority to appoint the district's governing board - making it the only unelected school board in the state.

The board develops and approves its budget without input from the elected City Council, whose members do have a say in the city's spending plan.

A 2016 study by The Pew Charitable Trusts found more than 90% of school districts in the nation are run by elected boards; other large cities including Baltimore, Boston, Cleveland and New York are not.

The appointment system means mayors often wind up facing off with the powerful Chicago Teachers Union, whose 25,000 members went on strike Thursday.

Lightfoot has said the teachers' demands would add $2.5 billion to the schools' budget each year, an unaffordable amount for a district she says is still trying to improve its own finances and dependent on borrowing.

Negotiators have met for hours every day, but the union and district remain at odds over teacher pay, class sizes and additional staff for schools.

Striking teachers and staff have been on the picket line outside schools since Thursday but hoped to ramp up pressure on Lightfoot with Wednesday morning's march timed to her budget address.

Lightfoot's plan to close the city's budget deficit relies heavily on cooperation from state lawmakers, who are set to begin their abbreviated fall session on Monday. Lightfoot is counting on their approval for higher real estate transfers taxes on high-end properties in the city.

"Now, I must caution ... if we don't get the authorization we need, we will be forced to make more painful choices when it comes to new sources of revenue," Lightfoot said.

"And we all know what those choices are," she added, alluding to the risks for city politicians of increased property taxes.

Laurence Msall, president of the Civic Federation, said Lightfoot's budget blueprint is "solid and creative" but rests on state lawmakers' willingness to back her desired changes.

Lightfoot has previously said she also wants state lawmakers to use the brief fall session to change the tax structure for a casino within city limits, increasing its appeal for investors.

"There is a lot riding on whether our state Legislature will answer positively," Msall said.

Emily Bittner, a spokeswoman for Gov. J.B. Pritzker said he will encourage lawmakers to give Lightfoot's ideas "full consideration" when they return to Springfield.

"Cities around the state face enormous fiscal challenges, and the governor believes that balancing Chicago's budget is an important step in stabilizing our overall fiscal health to benefit all our state's residents," she said.

Lightfoot's budget proposal also includes refinancing debt to free up $200 million, a tax on solo riders using ride-hailing services in or out of downtown and doubling the tax on food and drinks in restaurants.

Chicago Mayor Lori Lightfoot, who's still trying to settle a nearly week-old teacher's strike, proposed a combination of debt refinancing, tax and fee hikes and assistance from the state Legislature on Wednesday to close a massive $838 million budget deficit. 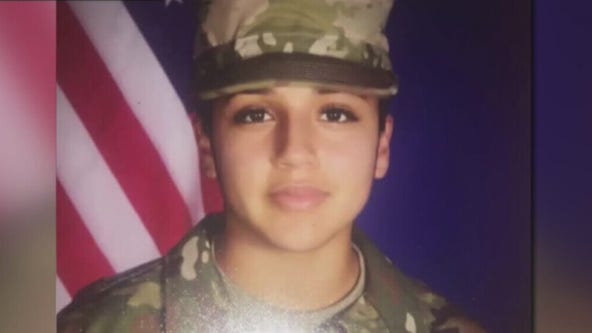