A close friend of the family said Delisa Tucker was on the way to light candles for her 14-year-old son who was killed over the weekend when she was fatally shot Wednesday morning.

CHICAGO - Delisa Tucker lost her brother to gun violence two years ago, and almost lost her 6-year-old daughter years before that.

Early Wednesday morning, she was attending to yet another family tragedy, the weekend killing of her 14-year-old son Kevin Tinker just down the street from their home in Roseland.

Friends say she was steps from a memorial to her son, intending to light a candle, when there was gunfire. Tucker was hit in the chest and died.

"It’s just sad that this whole family, basically, to be killed over time," said Pastor Donovan Price, who said he consoled Tucker at a vigil for her son Sunday night. "I’m devastated."

Chicago police would not say if they suspect the shootings are connected.  No one was in custody in either attack.

Officers responding to a ShotSpotter alert found Tucker lying on a sidewalk in the 200 block of West 110th Place around 12:15 a.m.  They reported finding no one on the block who saw the shooting.

On Sunday, her son was shot several times while standing on that same sidewalk.  The eighth grader was outside a home that had been targeted earlier in the day, according to police Chief of Detectives Brendan Deenihan, who would not say if the boy himself was a target.

A close friend of the family said Tucker was on the way to light candles for her son when she was shot.

"They were not gang-banging," said the woman, who asked not to be named. "Kevin was a quiet boy. He was just starting to get out of his shell."

The friend said Tucker loved to spend time with her family and leaves behind five other children. She had recently taken on the role of family matriarch after her mother’s death, the friend said. 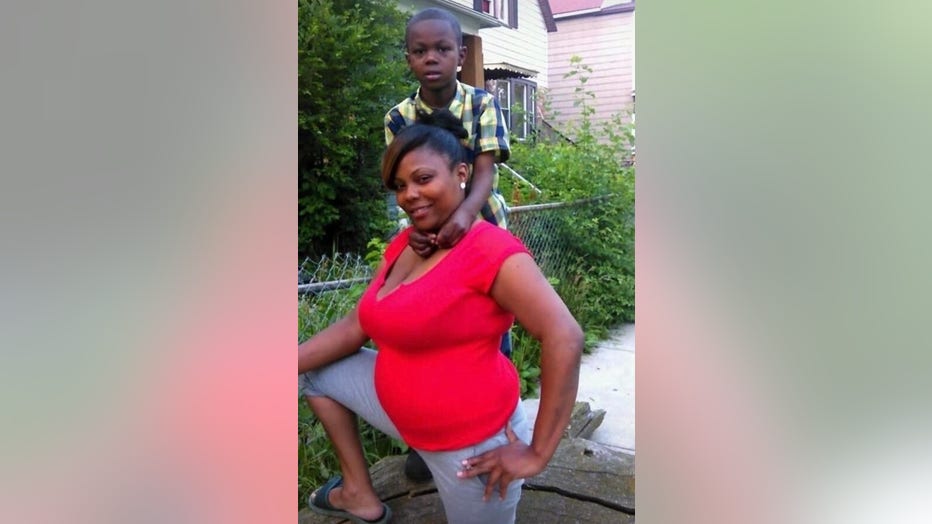 She has helped organize a GoFundMe page to cover the family’s funeral and burial costs.

"You try to help people so that maybe their lives change," he said. "I become part of the family of the people I help."

On Sunday evening, Price said he attended a vigil for Kevin and reached out yet again to the mother. He remembers her screaming out, "Why did you have to take Kevin? You should have taken me."

Early Wednesday morning, Tucker received a text message saying Tucker had been gunned down where they had gathered days before to remember her son.

Roseland is one of the deadliest neighborhoods in Chicago, despite stepped-up efforts by City Hall for the last year to curb violence there and in 14 other community areas that have long struggled with guns and gangs.

Roseland has seen 26 shooting deaths so far in 2021, putting it on track to have a deadlier year than 2020, according to Sun-Times data.

The Calumet police district, which includes Roseland, has recorded at least 61 homicides this year, 49% more than this time last year.  Shootings are up 31%.