CHICAGO - A day after a child welfare worker visited her Uptown home, Andreal Hagler walked up to her sleeping 8-year-old daughter and slipped a plastic bag over her head, according to police.

Amaria Osby woke up and began screaming, "Momma stop," but Hagler continued to hold the girl down, according to police and prosecutors. Hagler, who had drank bleach, then put the bag over her own head and laid next to her daughter on the bed.

That’s how Hagler’s brother-in-law found them when he came by the first-floor apartment in the 4600 block of North Winthrop Avenue around 11 a.m. Wednesday, police said.

Amaria was dead but Hagler was still alive, police said. The brother-in-law called his wife, who called 911. Paramedics tried to tend to her but Hagler "stiffened her arms and body and refused to release her hands," a police report states.

Hagler was finally cuffed so she could be taken to Weiss Memorial Hospital, where she was listed in good condition.

An autopsy on her daughter determined she had died from injuries suffered during an assault and also had injuries consistent with asphyxiation. Hagler, 38, was charged with first-degree murder.

"This little girl’s last image … is that of her mother placing a plastic bag around her head to asphyxiate her," Cook County Judge Maryam Ahmad said at Hagler’s initial court hearing Friday. 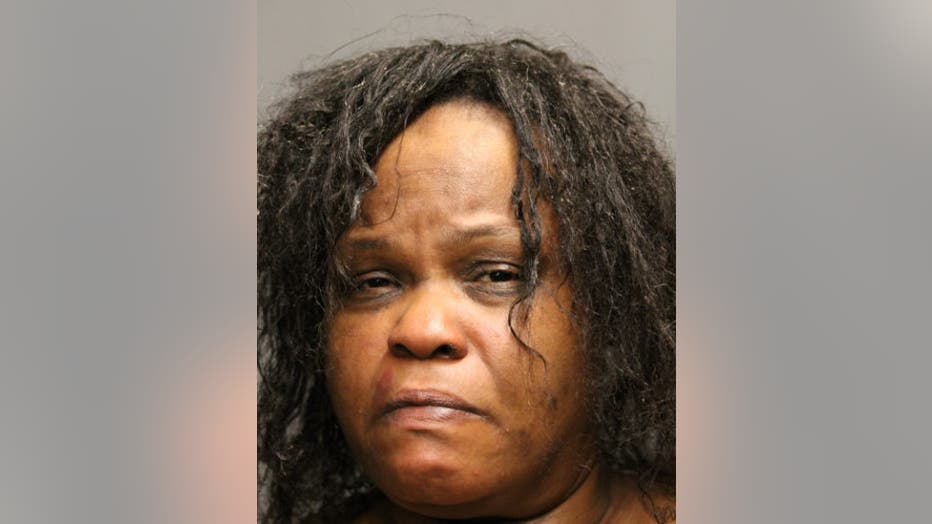 Ahmad ordered Hagler held without bail. "The nature of the offense in this case is so devastating, that the court does find the defendant would pose a real and present danger to others," the judge said.

In a statement to detectives, Hagler said she killed her daughter because "she thought [the girl] didn’t love her anymore and she was taking her dad’s side," Assistant State’s Attorney James Murphy said. "She felt it was their time to go."

Hagler works as an occupational therapist and has struggled with depression, Assistant Public Defender Chris Anderson told the judge.

A case worker for the Illinois Department of Children and Family Services had visited the family a day before the murder, but the agency said "no signs of abuse, neglect or danger were noted by our investigator."

DCFS said it had "prior contact with this family," and that the family had participated in intact family services from a substance abuse related incident in 2017. The recent visit was the result of an allegation of domestic violence, and was the first contact with the family since closing the prior case in 2018.

The agency said the domestic violence allegation involved abuse of one parent by the other, not abuse of the child.

Pressed to provide a timeline of when DCFS was notified about the abuse allegation, an agency spokesman said "it’s still an active investigation" and said no additional information would be released beyond the statement.

In 2017, Hagler was arrested for DUI and child endangerment after crashing on the Eisenhower Expressway near Peoria Street, court records show. State police said Hagler was "dazed and confused," could not spell her last name and did not seem to be aware that she had crashed the car against a concrete median.

Her daughter, 3 years old at the time, was in the back seat. The girl was released to the custody of Hagler’s sister, the court records show.