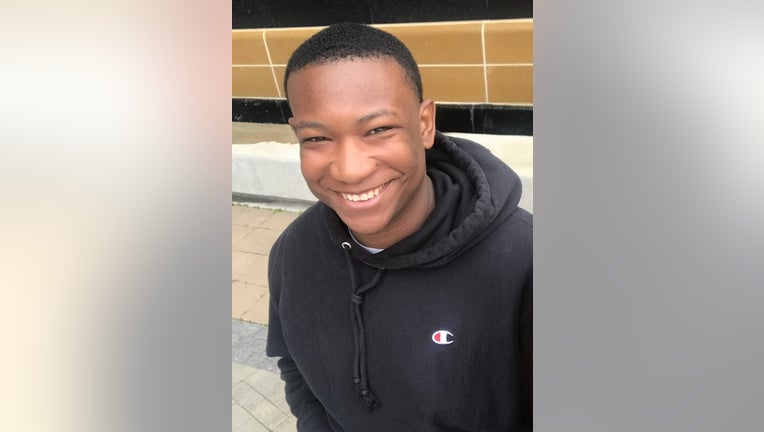 Her husband, her mother-in-law, a daughter and, last week, her 19-year-old son.

Myron Richardson was found in the trunk of a burning car on the Far South Side with a gunshot wound to his head. That’s all the family knows about his murder.

Repeated calls to a detective have gone unanswered, they say, and a supervisor even hung up on them.

"I just want to know what happened to him," Richardson, 39, said through tears. "They just think Myron is another Black kid who just got slain in the street, and that’s not my baby."

"He was raised to be a good man," she continued. "I talked to my son every day. I told him I love him, he was a good big brother, good boyfriend…they don’t know who Myron was … We have to let them know who my baby was."

The body of her son was found after someone reported a car fire around 10:30 p.m. July 6. Emergency crews responded to the 12100 block of South Doty Avenue, near the Bishop Ford Expressway, and found Richardson’s burned body in the trunk of the car. He was pronounced dead at the scene.

An autopsy showed he died of a gunshot wound to his head and his death was ruled a homicide by the Cook County medical examiner’s office.

Richardson’s mother said she spoke with a Chicago police detective for over an hour on July 8, two days after her son’s death. Since then, the Richardson family says they have tried to reach him at least five times, but were either left on hold for up to half an hour or were hung up on.

"I took it personal because Myron is my son," Richardson said. "It wasn’t personal, they don’t know who Myron is."

Richardson’s frustration came to a head on July 10 when she said she called for the detective and spoke to an official who told her, "I don’t have time for this" and hung up.

A police spokesman told the Sun-Times he would check with the detective, then later said the department would have no comment at all on Richardson’s complaint. Police have reported no one in custody.

The Richardsons are not alone in searching for information about the death of their loved ones. Chicago police have reported 362 homicides so far this year, but arrests have only been made in 68 cases, according to public data.

"So many people get killed in Chicago, and they just don’t seem like they care," Myron’s aunt Jeanetta Richardson, 40, said. "I can only imagine how overwhelmed the police must be, but you got parents out here that don’t care and you got parents out here that do care, and the ones that do care, I feel like you should at least give them a little bit of peace and do your part of your job."

Carmela Richardson’s fiancé Prince Elston, 40, said he understands that police deal with victims’ families daily, "but there’s certain levels of respect people should have for one another, especially going through a time like this."

Carmela Richardson said she hopes detectives understand her son was a good kid and will bring his killer to justice.

"He wasn’t that person, he didn’t live that life," she said. "So now I have to let them know who Myron was…I just want to know what happened to him."

Richardson played basketball for Morgan Park High School and enjoyed playing video games. He was the oldest of seven and was described by his aunt as "someone who lit up whatever room he was in."

"My nephew always had this smile on his face," she said. "He was a very, very happy guy, very respectful…even when he was in trouble, he was smiling."

Richardson often bought his mother roses, knowing her love for them. For his service, the family plans to have roses to honor the tradition.

"He was just a joy to be around," his aunt said.

Chicago Mayor Lori Lightfoot is creating a one-million dollar reward fund to try to get guns off city streets.