A baby boy who spent more than seven months at a Chicago hospital in the neonatal intensive care unit was finally sent home Tuesday, and in a very special way.

CHICAGO - A baby boy who spent more than seven months at a Chicago hospital in the neonatal intensive care unit (NICU) was finally sent home Tuesday, and in a very special way.

Santiago Garcia was just 26-weeks-old when he was born on May 28, 2021 at the University of Chicago Medicine Comer Children’s Hospital. He weighed only two pounds, according to the hospital.

Santiago underwent multiple surgeries during his stay at the hospital. 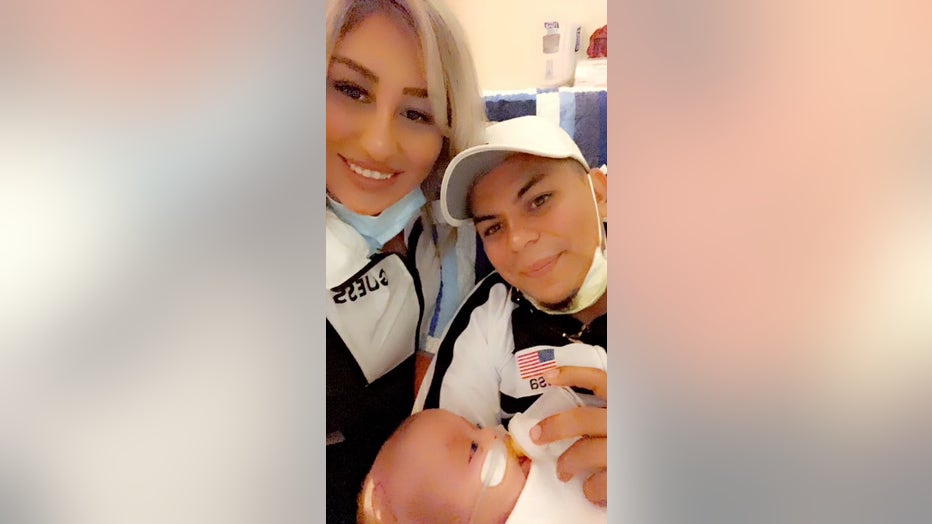 Vianey, Angel and Santiago in the NICU (Courtesy: University of Chicago Medicine)

The baby’s mother, Vianey Garcia, issued a statement on behalf of her family saying how grateful they are for the care Santiago received.

"We’ll miss all the nurses and staff," she said. "They made us feel like we were home. They became part of our daily life – part of our family. Very understanding, supportive, lovable, caring and kind."

As Santiago was sent home to Berwyn on Tuesday, his father and a mariachi band serenaded him in an emotional discharge. The song was Hermoso Cariño, which means "beautiful darling" in Spanish. 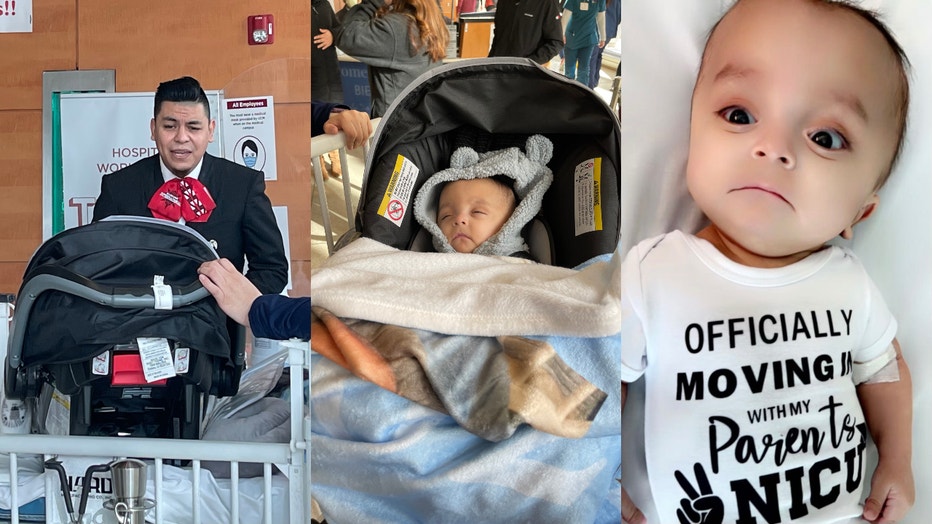