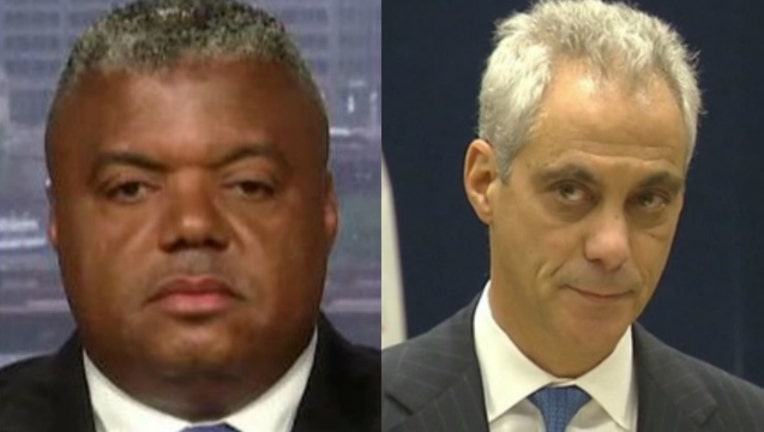 FOX NEWS - A Chicago preacher whose neighborhood has been wracked by deadly violence for months said he would accept any help from President Trump on the matter, even if it involved the National Guard.

The Rev. Gregory Livingston, of New Hope Baptist Church, said Mayor Rahm Emanuel (D) has "blood on his hands," and is allegedly "sitting on" millions of dollars in Department of Housing and Urban Development funds that could be helping the affected neighborhoods.

"Rahm's words do nothing for that family," Livingston said of a mother of a 17-year-old shot and killed over the weekend amid the violence.

"They need to move, they've had plenty of chances," he said of the city government, adding that Emanuel didn't start the corruption in this regard, but should be doing more to end it.

"We need resources in these communities," Livingston said, adding that Emanuel appears to have no issue with spending large sums to spruce up downtown Chicago.

Harris Faulkner asked if Livingston would accept any help offered by Trump, noting that Chicago has largely been controlled by Democrats -- many of whom, like Emanuel, do not enjoy a good relationship with the president.

Livingston said that if someone throws him a life preserver while he is drowning, he's not one to consider who tossed the ring before grabbing onto it for dear life.

"Let's do like Eisenhower. Get some federal troops in here and make [things] better for all Chicagoans," Livingston said, referring to how President Ike Eisenhower federalized the National Guard in 1954 to protect black students in Little Rock, Ark.

The governor at the time, Democrat Orval Faubus, had called in his own National Guard to preserve the segregated nature of Little Rock Central High School by turning away black students, spurring Eisenhower to act.