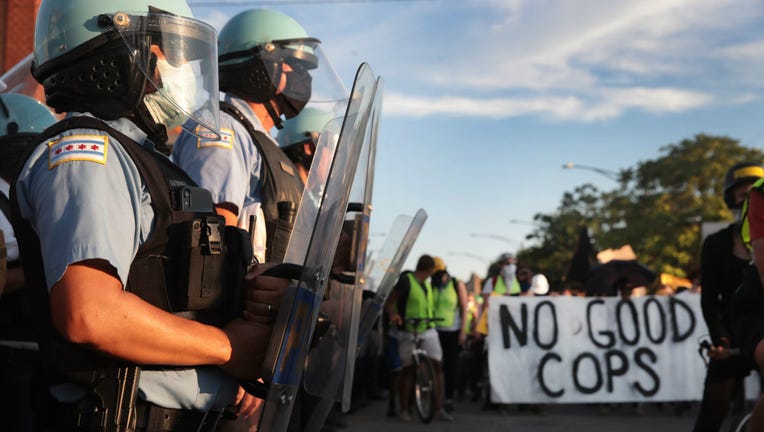 Police stand guard at the Homan Square police station while activists hold a rally calling for the defunding of police on July 24, 2020 in Chicago, Illinois. The annual budget for the Chicago Police Department is more than $1.6 billion. (Scott Olson/Getty Images)

CHICAGO - Police in Chicago have been retiring at twice the usual rate recently, a trend that some officials believe is likely to continue and could leave the city streets short of officers.

At least 110 police officers are retiring in August and September, and retirements in 2020 are projected to be higher than the past couple of years, said Michael Lappe, vice president of the board of trustees for the Policemen’s Annuity and Benefit Fund of Chicago.

“That’s unheard of,” Lappe told the Chicago Sun-Times. “We’re seeing double the average number of retirees each month. The average is about 24 a month.”

“I have no doubt that it’s going to continue, and I can clearly see a smaller spike within the upper ranks [of] lieutenants and above,” Catanzara said. “Who wants to stay in this environment? If you have the ability to leave, there is no incentive to stay anymore.

“The mayor doesn’t back us,” he continued. “If you have the financial ability to do so, I don’t blame a single soul for leaving.” 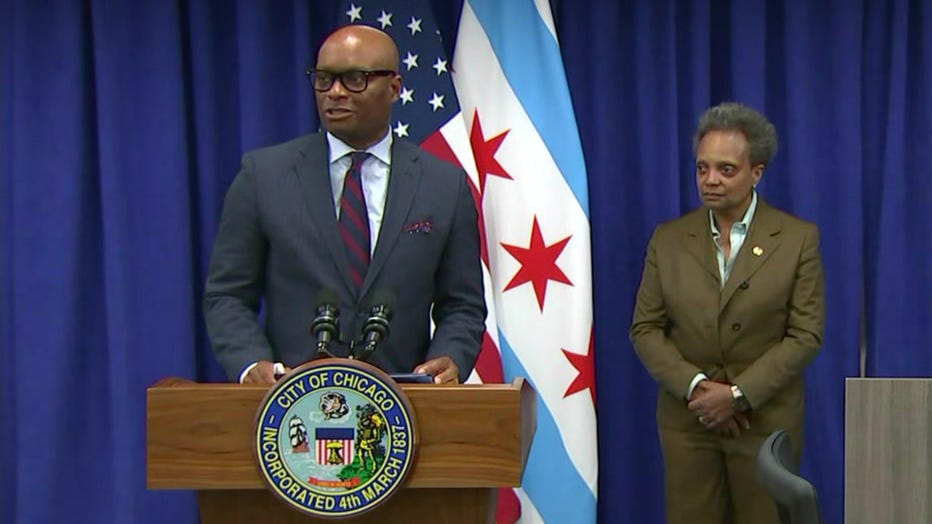 “From the time I walked in to police headquarters to the time I left, which was about 35 minutes, there were nine or 10 officers who approached me and said they were leaving,” he told the paper. “Every person who walked past me said, ‘Hey, Beale, I’m out of here.’"

“We’re way short of officers now, and I’m afraid, as people go to retire, we’re going to be even further short of officers on the street,” he continued. “We’re working officers double-time, triple-time. It’s only a matter of time before officers are totally burned out.” 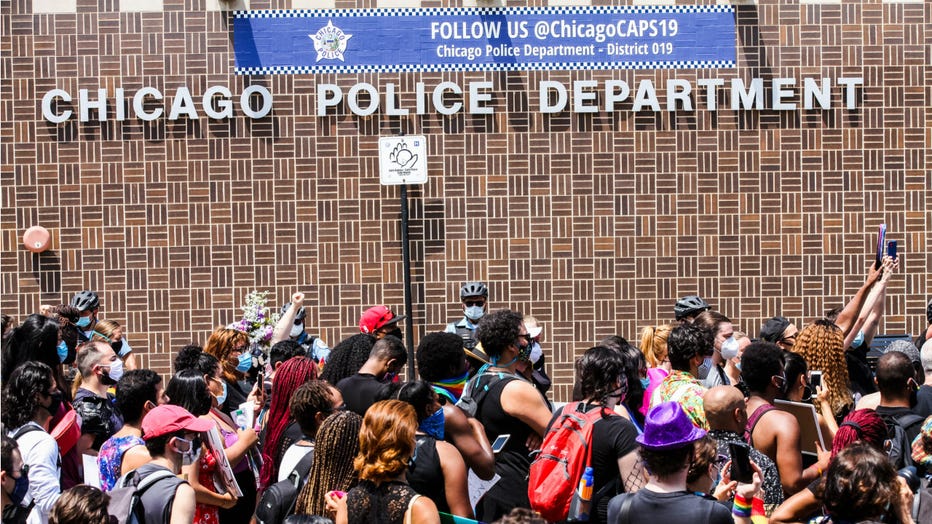 Thousands gathered in front of the District 19 Chicago Police Department during the Pride Without Prejudice march in Boystown on June 28, 2020 in Chicago, Illinois. Demonstrators gathered to march for LGBTQ and Black Lives as protests continue across (Natasha Moustache/Getty Images / Getty Images)

Protests, skirmishes, and riots within the past couple of weeks in Chicago have seen at least 30 officers injured, according to reports.

During an interview with Fox & Friends following the looting earlier this month that resulted in more than 100 people arrested and 13 officers injured, Beale remarked that: “I think the mayor has lost the confidence and the control of this city."

Meanwhile, in New York, a number of NYPD officers filing for retirement has soared, according to a report last month. A total of 503 officers filed for retirement between May 25 and July 3, which was a 75 percent jump compared to 2019.

In Seattle, a police officer was captured on video Saturday telling an apparent Black Lives Matter protester that he was resigning from the department, and saying: “You guys won.”

Lappe added that a sustained wave of retirements in Chicago could potentially harm the financial health of the pension system, adding that 850 more retirees were drawing from it compared to those working on active duty.