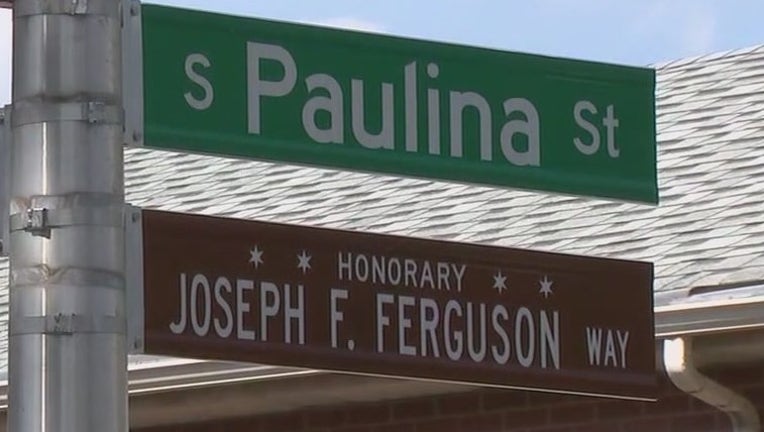 CHICAGO - On Saturday, Chicago police held a memorial in honor of Joseph F. Ferguson, who was killed in the line of duty.

The corner of 32nd Place and Paulina will now be known as Honorary Joseph F. Ferguson Way. He grew up on Paulina.

On Saturday, the department's radio zones also observed a 30-second period of radio silence in honor of officer Ferguson.