Chicago police shot and killed a man while answering a call of a domestic disturbance in Gresham on the South Side Monday morning, authorities said.

CHICAGO - Chicago police shot and killed a man while answering a call of a domestic disturbance in Gresham on the South Side Monday morning, authorities said.

Police were called to a home in the 7700 block of South Carpenter Street around 7:35 a.m. and observed a "domestic altercation" and shot a 61-year-old man, police said. A knife was recovered at the scene, police said.

The man died from the gunshot wound, Chicago Fire Department spokesman Larry Merritt said. He was identified by neighbors as Michael Craig.

A woman was transported in good condition to a hospital, but it was unclear how she was injured, Merritt said.

Residents say Craig had knocked on a neighbor’s door and asked them to call 911 because his girlfriend was threatening him with a knife.

Police did not give any details of what led to the shooting.

Neighbors are questioning whether deadly force was warranted.

Charles Odum lives across the street from the apartment building and said he knew Craig for two or three years.

"He was a good neighbor," said Odum, 57. "Every time I see him in the morning picking up his paper we’d say hello."

"Police always come over here to that unit, always have some type of argument going on whether it’s him, a cousin, or whoever stays up there," Odum said.

"I just hate that it happened like this. He’s a good person, from what I know, very polite, very talkative," Odum said. "We just chatted about random stuff, life, in the mornings when we saw each other."

Neighbors said Craig had lived in the apartment building for about four years and did maintenance work there. 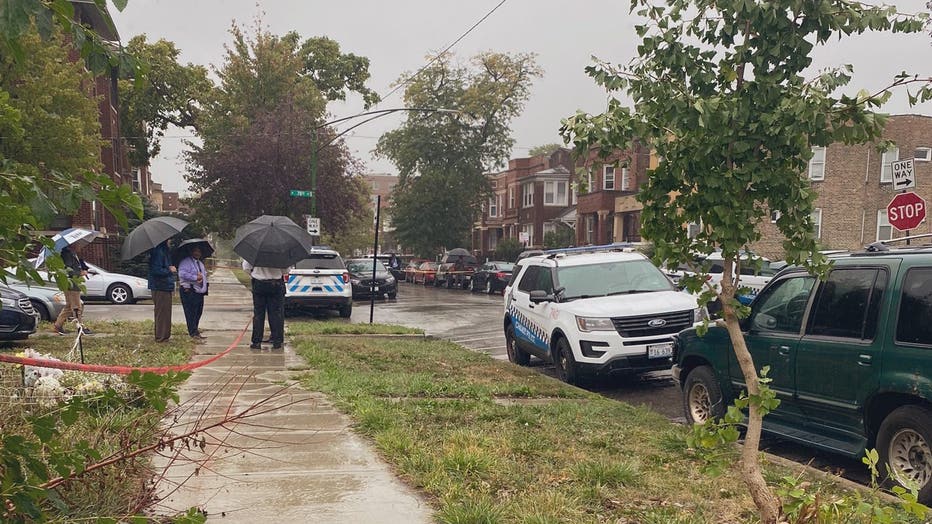 Arnita Geder, 57, lives in the same building as Craig.

Geder described him as "gentle soul." She said he was in a relationship with a woman who’d recently given birth. Geder and other neighbors said they would often hear the couple arguing.

"Him and her used to get into it all the time," Geder said. "She was acting real strange yesterday. Every time you’d say something, she’d snap at you."

Neighbors say Craig’s girlfriend has a mental disorder, possibly schizophrenia, and that she had been off her meds.

A neighbor, Brandy Johnson, also said police had been called numerous times to the house for disputes between Craig and his girlfriend.

"Cops have been here dozens of times," Johnson said.

She too said the girlfriend appeared to have mental issues.

"She was walking around talking to herself," Johnson said. 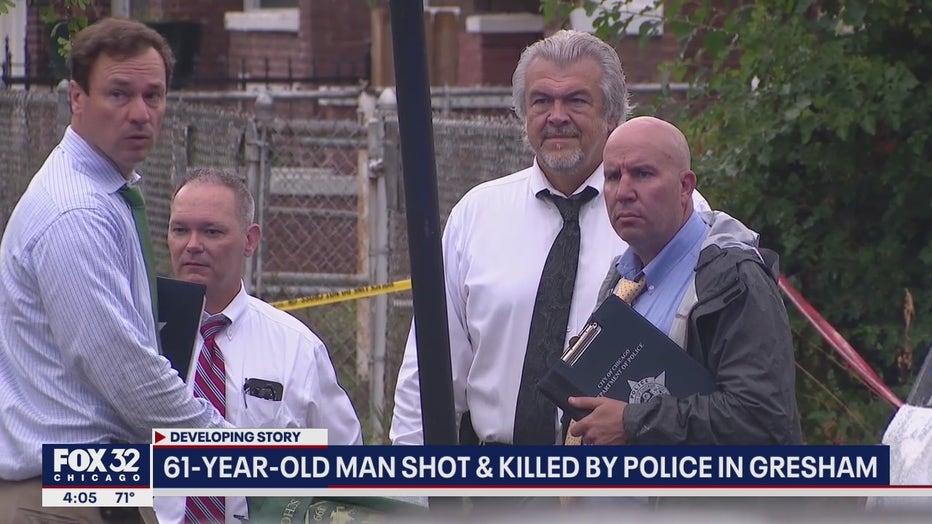 Johnson said the man was originally from the West Side and that he’d moved to Gresham with his girlfriend.

The Civilian Office of Police Accountability was investigating the shooting.

It was the second fatal police shooting in Chicago in a month. On Sept. 19, police fatally shot a knife-wielding man after answering a domestic disturbance call in Englewood, authorities said.

Officers responded to the 6500 block of South Harvard Avenue that morning and encountered Turell Brown armed with a knife, police said. An officer shot Brown, 28, and he was later pronounced dead.