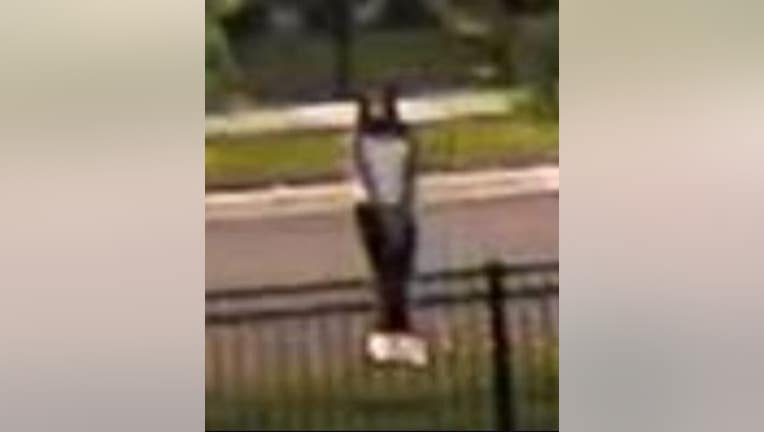 Surveillance image of a person wanted in an Aug. 14, 2020, shooting in Woodlawn. | Chicago police

CHICAGO - Chicago Police posted on Wednesday a video on its website of a boy getting shot in the leg, the latest addition to a rapidly expanding collection of videos and photographs the department has made public in the hopes of solving shootings and recent incidents of looting.

Chief of Detectives Brendan Deenihan said during a press briefing that investigators hope someone will recognize the people who came out from between buildings on the city’s South Side and opened fire on what police believe may have been rival gang members. He said as police have said repeatedly after shooting incidents, that the 12-year-old boy, who was shot multiple times in the legs as he played basketball, was not the intended target of the shooters. The boy remains hospitalized.

“We need the community’s input to solve cases,” Deenihan said, adding that after a spate of shootings of children in recent weeks, some of which were fatal, the public has come forward to provide information that has led to the arrest of a number of suspects.

Police hope that the public’s willingness to provide information in the shootings of children will extend to what happened earlier this month when hundreds of people descended on the downtown area, where they smashed windows of businesses, ransacked stores and made off with merchandise and other items.

In recent days, the department has issued dozens of news releases announcing that nearly 300 photographs of people as they took part in this months street violence in which hundreds of people flooded into the downtown area, where they smashed business windows and made off with merchandise and other items.

Deenihan said about 17 videos of those incidents have also been posted and since the department formed a looting investigation task force, 15 people have been arrested on felony counts of burglary and other charges related to the looting.

A major obstacle in convincing the public to come forward is that among many residents, particularly those in largely minority communities, there remains widespread distrust of the department. A legacy of excessive force and racism that has dogged the department for decades has made it difficult to convince residents to trust it enough to come forward with information to help solve homicides and other violent crimes.

At the same press conference, Commander Angel Novalez acknowledged that reluctance to come forward, but reminded the public of the importance of doing so, saying that by helping police take suspects off the streets, residents will be making their neighborhoods safer.

“We’re asking that members of the community empower themselves,” he said. “Fear of retaliation doesn’t stop these shootings, actions do.”