Police released video of looting in the Loop from early Monday in an attempt to identify suspects.

CHICAGO - Police released video of looting in the Loop from early Monday in an attempt to identify suspects.

The video clips show looters at Nordstrom and Nordstrom Rack locations in the Loop, Magnificent Mile and South Loop.

Sunday night into Monday morning, two people were shot, more than 100 people were arrested and 13 police officers were injured as crowds broke windows and looted stores along Michigan Avenue and on the Near North Side.

“We are waking up in shock this morning,” said Mayor Lori Lightfoot, calling it “brazen criminal looting and destruction.” 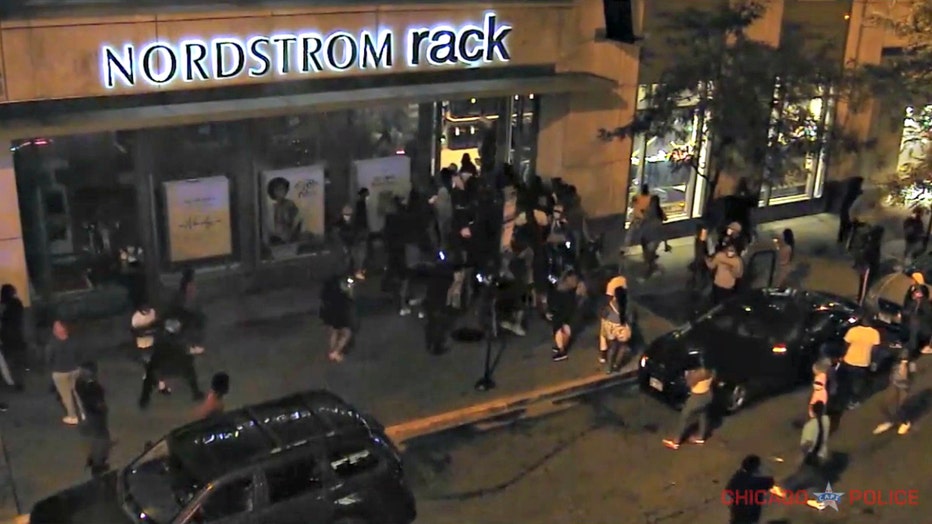 Anyone with information is asked to call Area Three detectives at 312-744-8263 or submit a tip at www.cpdtip.com.