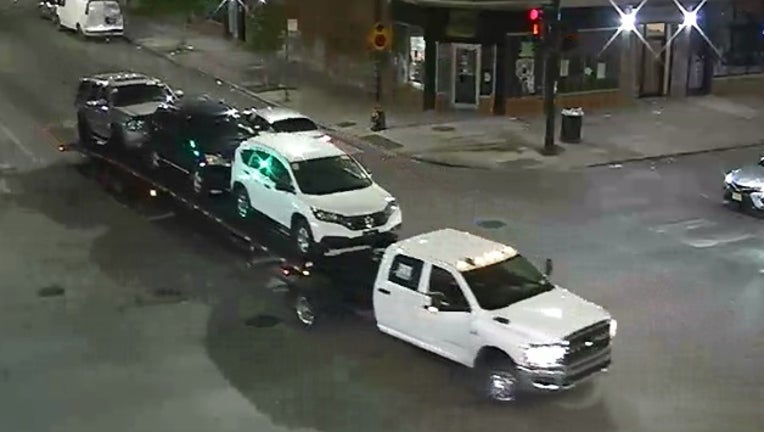 CHICAGO - Police are asking for the public’s help in identifying the driver of a vehicle who struck a bicyclist in Chicago and kept driving.

On Monday around 9:30 p.m., a white four-door RAM truck was transporting three vehicles on a trailer while traveling northbound on Kostner in the West Garfield Park neighborhood, according to police. When the driver turned left on westbound Madison Street, they struck the bicyclist in the roadway.

The bicyclist sustained personal injuries and was hospitalized.

Anyone with information is asked to call the Major Accident Investigation Unit at 312-745-4521.