CHICAGO - A woman was arrested Monday afternoon after allegedly stealing a bag of money outside a Chase Bank on Chicago's North Side.

Around 12:27 p.m., police said 60-year-old Sharon Carabine-Deirberger took a bag containing an unknown amount of cash from a Brinks armored truck in the 5700 block of North Broadway.

Carabine-Deirberger then fled the area, but was eventually taken into custody by Chicago police in the 1100 block of West Granville Avenue – which is about a mile north of where the crime took place.

Police said a quick-thinking citizen called police after they witnessed the crime.

The bag of money was recovered and Carabine-Deirberger was charged with one count of theft greater than $100,000, police said. 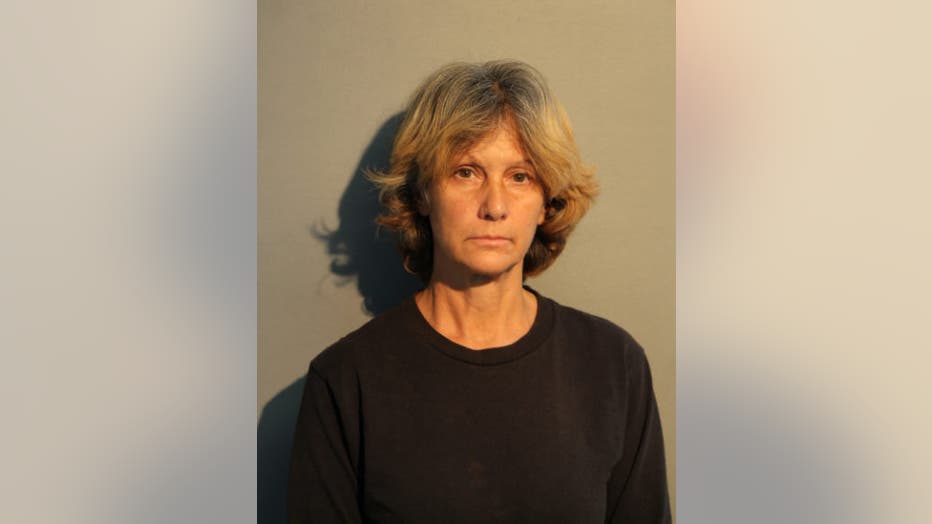 When the first 911 call came in, it was reported that police should look for two males. However, the suspect's description quickly changed.

A Chase Bank spokesperson says none of their employees were hurt, but that the building would be closed for the rest of the day as a precaution.

Carabine-Deirberger, of Blue Island, is scheduled to appear in bond court Tuesday.