One of the robbery victims, a 23-year-old man, continues to fight for his life.

CHICAGO - Residents and students in one of Chicago’s wealthiest neighborhoods are on high alert after a series of vicious armed robberies.

"You move to Lincoln Park. Live in Lincoln park. You expect some element of safety. But it's hard now," said DePaul student Will Caster.

One of the robbery victims, a 23-year-old man, continues to fight for his life.

Even on a sunny and warm Monday afternoon, there is an undercurrent of tension.

"It's definitely terrifying," said Lincoln Park resident Katie Fortman. "Makes you kind of second guess what you're doing out here."

The tension is made worse by yet another early morning armed robbery that occurred Monday, this time in the 900 block of West Armitage Street. It's the ninth since last Wednesday.

"The detectives are reading all the cases in the last 24 to 48 hours, even going back a week and linking those," said Chicago Police Chief of Detectives Brendan Deenihan.

On Friday, police issued a community alert linking the same armed robbery crew to eight attacks in Lincoln Park and near the DePaul campus, including one captured on a surveillance camera early Friday morning.

The video shows a gunman get out of a waiting car and hiding around the corner waiting for his victim, then demanding his cellphone and other valuables.

Police say after the victim gave the robber his phone's passcode, there was a struggle. Dakotah Earley, 23, was shot three times and is now on life support at Illinois Masonic Hospital. 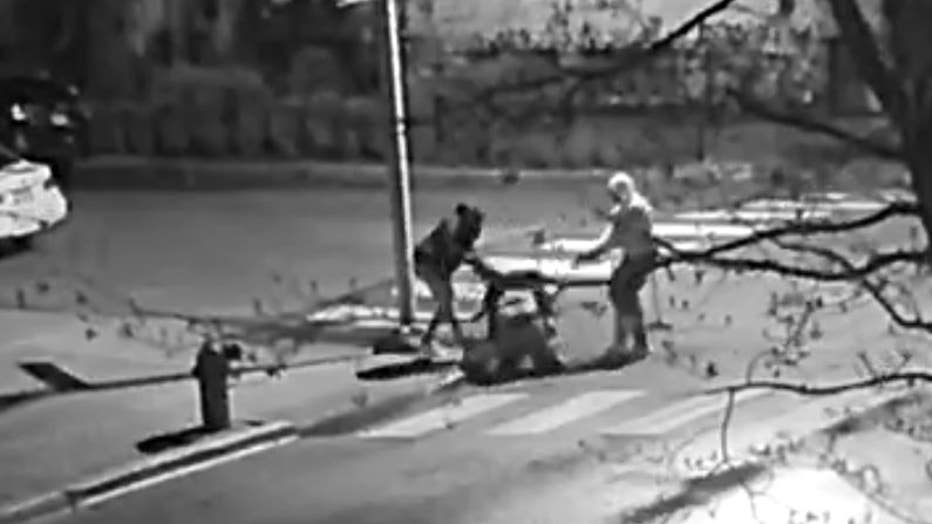 In a posting Monday on GoFundMe, Earley's brother said Dakotah is doing better but doctors will have to amputate his left foot.

"We definitely need help," Deenihan said at a news conference at Chicago Police Headquarters. "And I have no doubt there are people out there who know exactly who these offenders are. We need that information and then the detectives can do their job and remove them from the streets."

But residents say they're taking precautions.

"Don't leave the apartment too late or try to take somebody with me," said Lincoln Park resident Rudy Hodgson. "Keep an extra eye out. Make sure I’m a little extra aware of my surroundings. Definitely changes your habits a little bit."

DePaul University has also been issuing warnings to students to be watchful for the robbery crew. It's believed they're using stolen cars, so the vehicle description can change from crime to crime.