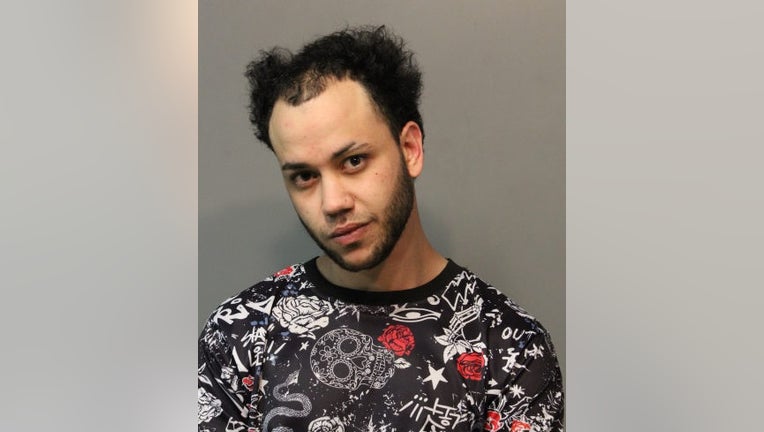 OAK LAWN, Ill. - A Chicago Ridge man is accused of striking a victim in the head with an object while trying to carjack his vehicle in Oak Lawn.

Shortly before 1 a.m. Thursday, Oak Lawn police were dispatched to the 5600 block of 105th Street for a call of a vehicular hijacking.

Officers located a victim who was found bleeding from the head.

The victim told police that he went to his vehicle parked in the 5600 block of 105th Street, and as he was closing the car door, a male offender jumped into the driver's seat.

The victim attempted to pull the offender out of the vehicle, and a physical altercation ensued, police said.

During the altercation, the offender struck the victim with an object, causing a laceration above the victim's eye, police said.

The offender then fled on foot, and the victim was able to give officers a description of the offender and the direction of where the offender fled.

With help from the Chicago Ridge Police Department, authorities identified the offender as Osama Mansur, 23.

Officers searched the area where Mansur was allegedly last seen, and he was located near 103rd and Central Avenue.

He was taken into custody without incident.

Mansur was transported to the Oak Lawn Police lockup facility for further investigation, and at that time, he gave a statement to detectives allegedly admitting his involvement in the incident.

Mansur was charged with one count of felony aggravated vehicular hijacking.

The victim received medical treatment for his injuries, which police say were not life-threatening.