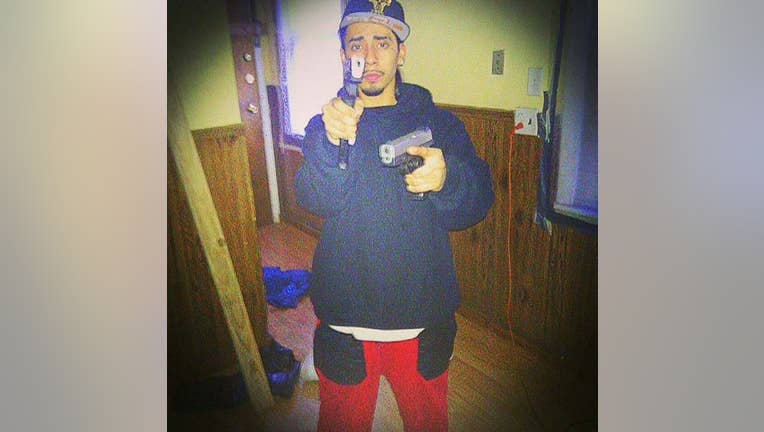 CHICAGO - A 23-year-old Hammond man has been sentenced to 27 years in federal prison for engaging in a pattern of racketeering activity that included murder, the U.S. Department of Justice said.

Horta admitted that he conspired with leadership of the Latin Kings street gang "to engage in a pattern of racketeering activity that included using violence and intimidation to protect the gang’s purported territory in Chicago."

Horta also admitted to murdering Alfonso Calderon on April 9, 2017 because Horta suspected that Calderon was a member of a rival gang.

Horta and two fellow members of the Latin Kings confronted Calderon, and then Horta fatally shot him.

In 2018, Horta was indicted along with more than 30 other alleged members of the Latin Kings. According to a press release from the U.S. Department of Justice, the indictment charged numerous acts of violence allegedly committed by the gang's members, which included murder, attempted murder and arson.

“Acting through the gang’s manifesto and constitution, members of the Latin Kings have infested the Southeast Side of Chicago and elsewhere with violence, drug-dealing, and witness intimidation,” Assistant U.S. Attorneys John D. Cooke, Ashley A. Chung, Brian J. Kerwin, and Grayson S. Walker argued in the government’s sentencing memorandum.  “It is vital to communicate to the Southeast Side of Chicago and the rest of the district that carrying and using a gun can land you in federal prison for a long time, and that shooting a person to death will keep you in prison for decades.”