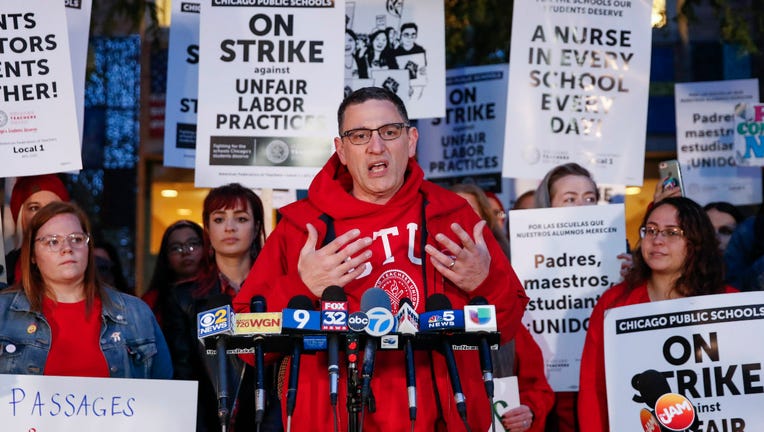 CHICAGO - Chicago parents are leaning on family, friends and community groups with teachers in the nation's third-largest school district on strike.

The strike based on a "social justice" agenda follows months of negotiations between the union and Chicago Public Schools that failed to resolve disputes over pay, benefits, class size and staffing.

Teachers say the walkout is about getting more resources and smaller class sizes for students, not about more money for them. Mayor Lori Lightfoot said the district's finances are precarious and it can't afford all of teachers' demands.

School buildings have remained open. But the strike is especially difficult for the city's most vulnerable families, who are dependent on jobs with little or no paid time off.

Churches and nonprofits have tried to step in.