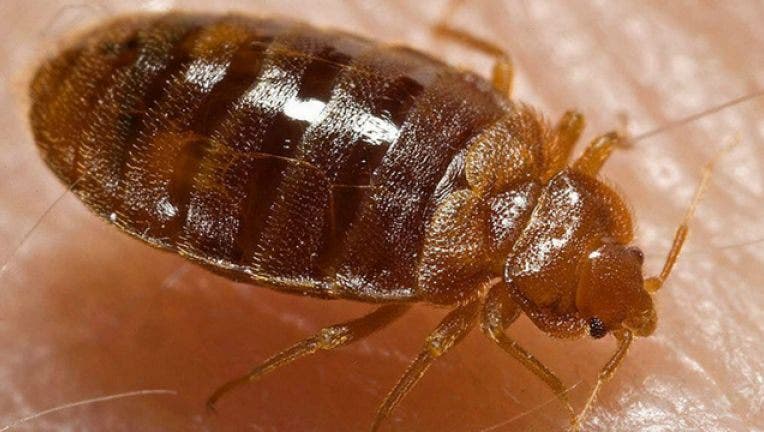 CHICAGO - Chicago, which welcomes more than 48 million visitors annually, has claimed the top spot on Orkin's 50 Bed Bug Cities List Monday for being infested with the most bed bugs nationwide.

On top of seeing a flock of annual visitors, the city also boasts a transit system that carries 1.7 million passengers on any given weekday, creating "a dream for bed bugs," according to the pest control service owned by Rollins Inc.

Trailing right behind the tourist hub are Baltimore and Washington, D.C., at second and third place, respectively. Detroit, followed by Columbus, Ohio; Indianapolis; Cincinnati; Los Angeles; and Grand Rapids, Michigan round out the top 10.

Bed bugs are dark brown in color and 3/16 inches long. They are mostly nocturnal insects that can easily travel from place to place through items such as luggage, purses and other personal belongings, according to Orkin.

Although the world is in the midst of an ongoing health crisis, Orkin said that bed bugs are still a big threat "and should be top of mind for anyone" especially those who are looking to travel.

"Bed bugs are a concern for everyone because they are master hitchhikers, traveling home with people when they likely don't realize it," Orkin entomologist Ben Hottel said.

And eliminating them is no easy task.

Bedbugs are known for rapid population growth and can survive for long periods of time, which can make for a difficult and costly process when trying to eliminate them, according to Orkin.

Depending on the severity of the infestation, clearing out a home or apartment of bedbugs can run owners anywhere from a few hundred dollars to several thousand dollars. However, the price of each extermination can differ greatly depending on numerous factors, Judy Black, vice president of quality assurance and technical services for Rollins told FOX Business.

"The cost of any bedbug treatment depends on several factors, including the size of the affected area and the severity of infestation," Black said. "There is no one-size-fits-all treatment plan."

In order to prevent a larger infection, though, it's important to address the situation quickly and correctly.

"Simply vacuuming or washing linens won’t get the job done, especially if bedbugs escape from the vacuum bag (which they can do!)," she added. "If homeowners don’t identify the potential source and rid the house of bedbugs, the chances of re-infestation are much higher and thus treatment costs will be higher."

Orkin's 2021 list is based on treatment data from the metro areas where the company performed the most bed bug treatments from December 2019 to Nov. 30, 2020.