CHICAGO - A Chicago woman is accused of purchasing guns for her boyfriend who is a convicted felon.

On April 26, Cook County officers conducted a "home compliance check" in the 9500 block of South Racine Avenue where 27-year-old Travon Anderson — a convicted felon on electronic monitoring — was staying.

Inside the South Side home, officers found two handguns and a storage locker containing ammunition and magazines, officials said. The investigation then led officers to a second home where they discovered three more firearms.

Anderson was taken into custody and charged with Armed Habitual Criminal, officials said. He's being held at Cook County Jail.

After further investigating, officers learned that four of the weapons were purchased by 31-year-old Jessica Patterson. Officials say she bought them in Indiana and that three of them were acquired at the request of Anderson. 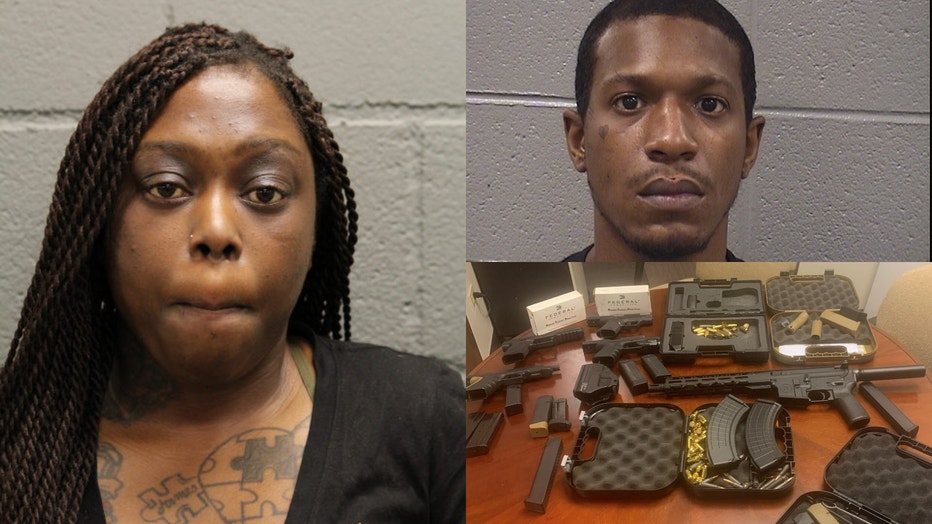 On May 9, Patterson was charged with gunrunning and her bond was set Tuesday at $100,000.

Anderson was initially ordered to electronic monitoring as a condition of his bond on an aggravated unlawful use of a weapon case.

What to know about electronic monitoring in Cook County

Violent crime is often a hot topic in Chicago, and electronic monitoring has become a big part of the conversation. But how much do you really know about how this program works in Cook County?