Liza Dymchenko, a 16-year-old resident of Kharkiv, Ukraine, talks about her experience during the Russian invasion and the horrors she has witnessed at the hands of the Russian military.

CHICAGO - A Chicago woman who was trapped in Ukraine by Russia’s invasion of the country has successfully made it into Poland — but the journey for her and her mother is only beginning.

"It feels like it hasn’t stopped, like it’s just been one long day — I mean we still haven’t really slept," Olga Tsoi told the Chicago Sun-Times on Monday evening. "We are here now, but your brain hasn’t settled because you are constantly thinking about the next goal, and with each of those goals you have tunnel vision, which takes all your mental fortitude to accomplish it."

That goal-by-goal mentality is how Tsoi and her mother, Oksana Tsoi, got where they are now, in Kraków, Poland.

First, when they were awakened from their sleep as bombs and missiles landed near their apartment in Kyiv, they needed to find a bomb shelter — and they did, inside a nearby school’s basement. Then, when they made the decision to flee the country, the pair focused on finding a bus and getting to Lviv. After that it was time to get to the border of Poland and western Ukraine. 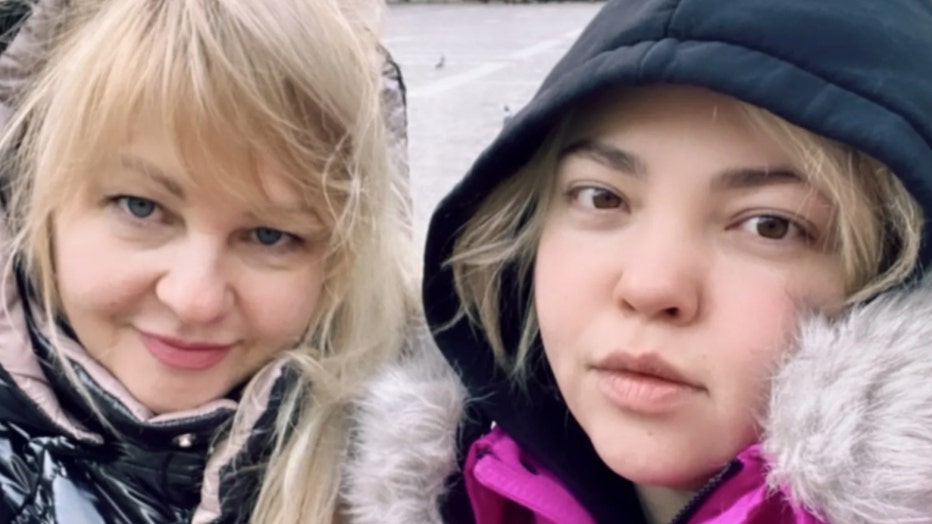 Olga Tsoi (right) and her mother Oksana Tsoi in Kraków, Poland, hours after crossing the border from Ukraine. (Olga Tsoi)

They crossed that border late Sunday.

The trip covered 550 miles and took more than two days to accomplish, but now they need to get to the United States embassy in Warsaw so Tsoi’s mother can seek asylum and come back with her to Chicago.

"I still don’t think it has hit her just yet. Like she still is thinking this is temporary or just some sort of phase," Tsoi said. "She is still talking about how she forgot to water the plants in her apartment and that she hopes they don’t die when she gets back."

Tsoi and her mother haven’t figured out how they will get to Warsaw, which is about 180 miles away. They are fortunate to be at a hotel where they have warm showers and a hot meal.

But it is hard for Tsoi to feel relieved in this moment. The rest of her family is still in Ukraine, and her home is still under attack.

His name is Terrell Starr. He's never reported on TV before, but a trip to Ukraine left him in the middle of a war. The University of Illinois graduate has been documenting what he sees.

Her father and other relatives weren’t able to get out in time in southern Ukraine. They live in Kherson, which has been completely blocked off by Russian military as it continues to make an offensive push in the south.

"I can’t just deliver food to him, you know?" Tsoi said. "We are constantly checking in on our loved ones just hoping they are OK and safe."

Tsoi, 31, lives in Rogers Park but grew up in Ukraine, and she was there visiting family and recovering from a recent knee surgery. She was supposed to return to Chicago just days before Russia sent troops and tanks into Ukraine.

She and her mother are two of more than 500,000 refugees that have fled Ukraine since Russia launched its war.