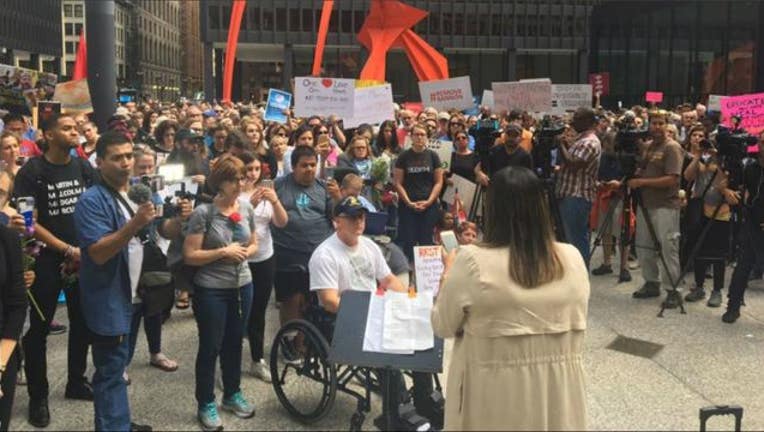 CHICAGO (Fox 32 News) - Hundreds of people gathered in Chicago on Sunday to protest against the white nationalist rally that led to the deaths of three people in Virginia this weekend.

One woman was killed when a white nationalist drove a car into a crowd of counter-protesters at the rally in Charlottesville. Several other people were injured. A Virginia State Police helicopter also crashed nearby, killing two troopers.

The people who gathered in Chicago said they want to send a clear message to rejected hateful and bigoted rhetoric.

They said the nation is grappling with tough questions about who we are, and what we stand for.

"What are we looking at as far as the United States historically? Especially with black and brown people in this country," said Kofi Ademola.

Many were outraged by President Trump's comments that "many sides" were responsible for the violence.

But some observers said that Trump does not deserve the blame.

"I think that no matter what he says, he's going to take heat for it. I don't think Donald Trump supports that at all," Rita Weber said.