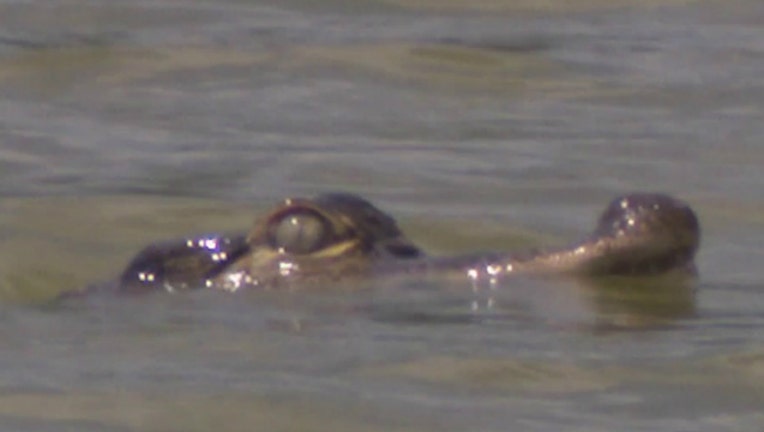 ST. AUGUSTINE, Fla. (AP) - An alligator that eluded capture for days in a Chicago lagoon is settling into its new home in Florida.

The St. Augustine Alligator Farm Zoological Park said in a Facebook post Friday that it welcomed the reptile known as Chance the Snapper with a banner, pizza and Chicago's greatest hits.

The park that now houses Chance recommended the Florida trapper Chicago officials flew in to capture the gator.

The 4-foot, 18-pound American alligator became an instant sensation from the day he was spotted in the Humboldt Park lagoon and photos popped up online. Investigators don't know why the animal was in the lagoon, but experts say it wouldn't have survived the winter.

Park director John Brueggen says Chance will stay alone for 90 days to make sure he is illness-free, and then join other gators.