BELLWOOD, Ill. - The FBI is searching for an alleged drug trafficker in this week's Chicago's Most Wanted.

Randall Langston, 25, is wanted for selling heroin laced with fentanyl.

"Langston is accused of selling hundreds of grams of fentanyl-laced heroin worth tens of thousands of dollars to a confidential source," said FBI Special Agent Siobhan Johnson. "These illegal drug buys occurred in a vehicle parked on the 500 block of Morris Ave. in Bellwood on multiple occasions between March and June 2018."

Johnson said Langston is alleged to have posted a video to his Facebook account within days of one drug deal holding what appeared to be multiple $100 bills and a Glock handgun.

"The post appears to use emojis and slang to admit to participating in a drug deal or robbery for money," Johnson said.

Langston is one of 6 individuals alleged to be associated with the AHK street gang.  Each of these 6 charged with conspiring to possess illegal substances with intent to distribute. 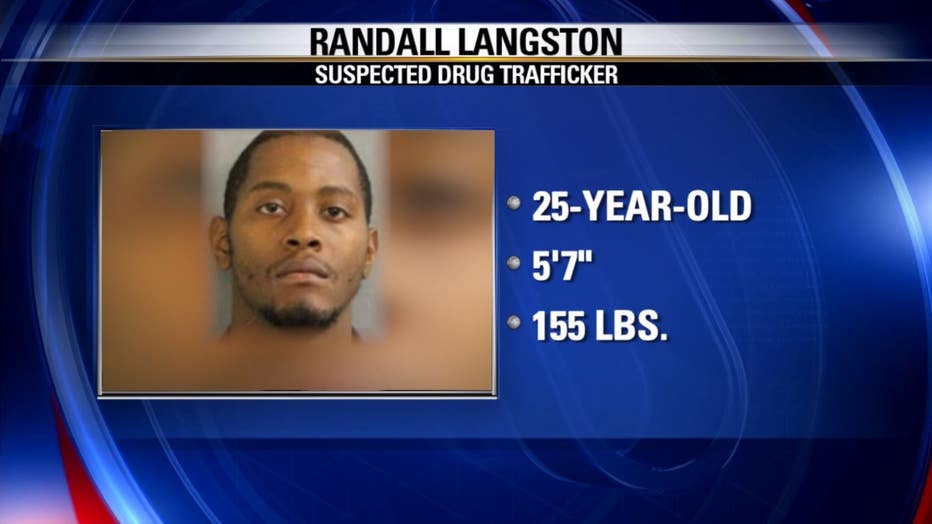 "AHK is based in Bellwood and comprised of former members of the Black P Stones, Gangster Disciples, and Four Corner Hustler street gangs," Johnson said. "It’s important to note that the suspected leader of AHK is Jason Brown (also known as Abdul Ja’Me).  Brown was just arrested for allegedly providing material support to the terrorist organization the Islamic State of Iraq and al-Sham, otherwise known as ISIS."

If you know anything about his whereabouts, please contact the Chicago FBI field office at 312-421-6700.