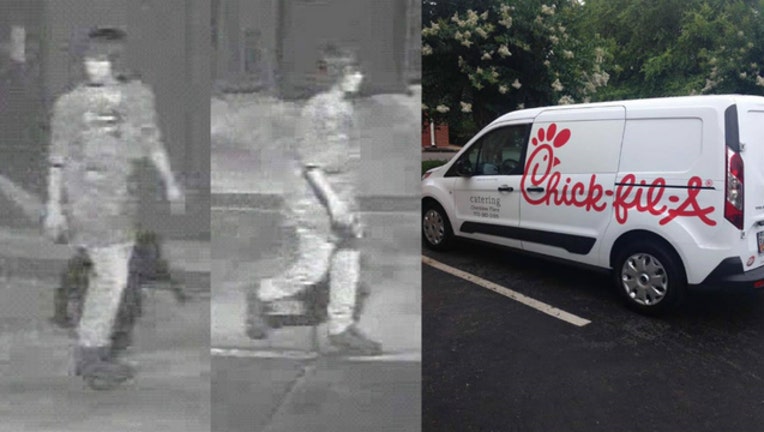 FOX NEWS - A Georgia Chick-fil-A restaurant is pleading with the public for information concerning the theft of one of their catering vans. And in return, Chick-fil-A is offering something chicken sandwich enthusiasts can get behind – free Chick-fil-A for a year.

But first, you have to solve the case.

The chain said the crime was committed Sunday around 9:45 p.m. at the parking lot of a Chick-fil-A in Cartersville at Cherokee Place, according to their Facebook page detailing the event.

The van was later found in Acworth after crashing into a parked car in a home’s driveway, WSB-TV2 reported.

The suspect – which Chick-fil-A uploaded photos of – has not yet been found. Which is why the fast food chain is now turning to the public to answer whodunit.

Any information will remain anonymous, Chick-fil-A said. If you have information, the restaurant is asking people to call 770-401-1239 or the City of Cartersville Police Department.