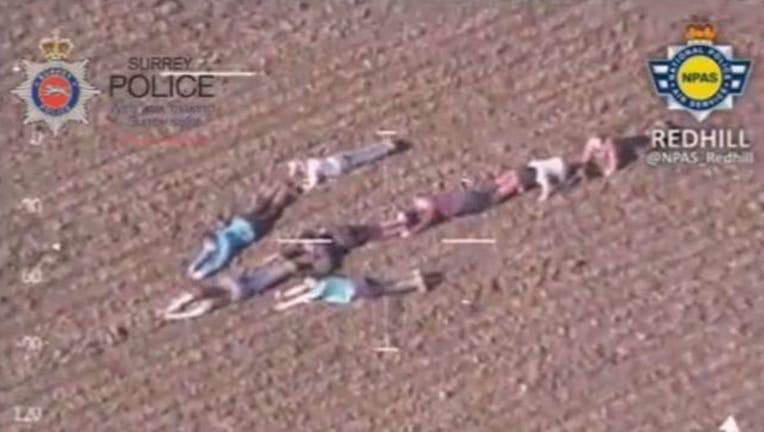 The group of 30 youngsters and adults were in a field in Capel, Surrey, on Good Friday when they spotted the aircraft circling overhead.

The National Police Air Service (NPAS) helicopter had been called by Surrey Police after a report of intruders at a disused building.

The quick-thinking children spotted two men fleeing across the field and formed an arrow to direct officers to them. The helicopter crew told officers on the ground, who arrested two men.