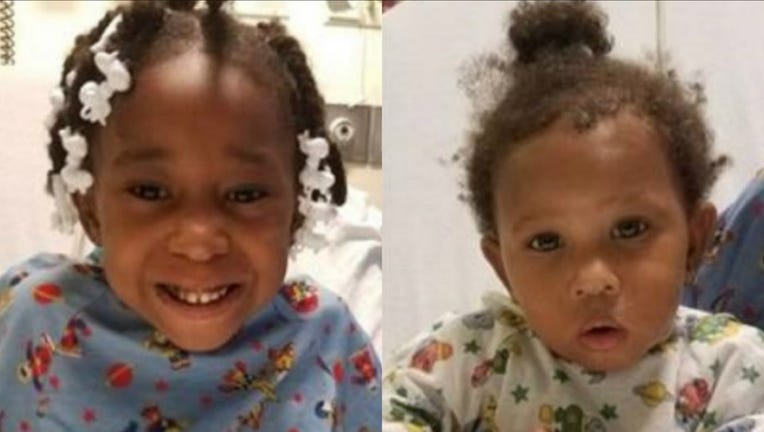 CHICAGO - Police are asking for the public’s help locating the family of two young girls found by themselves in the street Sunday night in South Shore.

Someone called police after spotting the sisters alone about 10:30 p.m. in the 1700 block of East 72nd Street, according to Chicago police.

Police have identified them only as 5-year-old Kamariya and 1-year-old Chantel. They were taken to Comer Children’s Hospital for observation and the Illinois Department of Children and Family Services has been notified.

Authorities released photos of the girls and are asking anyone with information about them or their family to call Area One detectives at 312-747-8380 or dial 911.