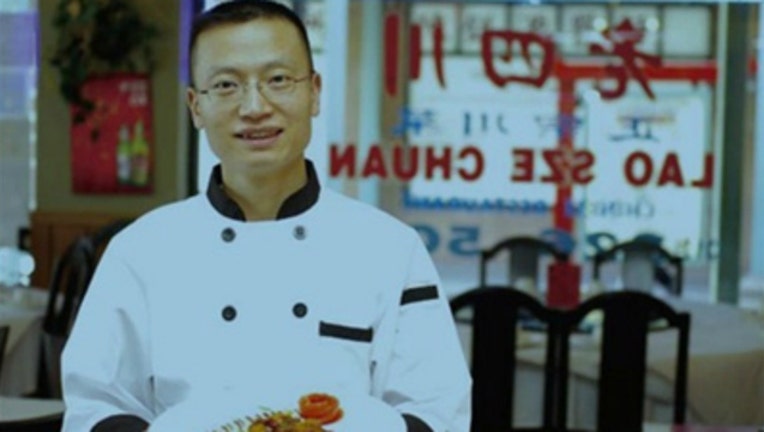 He is scheduled to be sentenced Aug. 22 before Judge Amy St. Eve. Hu faces up to 30 years, but is more likely to serve 33 to 41 months in prison, under the terms of his 23-page plea agreement.

The feds charged the local celebrity chef on Friday, accusing him of underreporting restaurant receipts paid in cash. Hu is expected to pay more than $1 million in restitution to the Illinois Department of Revenue.

While awaiting sentencing, he will be released on bond; Eve said she would allow him to travel internationally as long as he lets federal authorities know where he is.

The 49-year-old Hu, who has owned Chinese restaurants across the city and at the Palms Casino Resort in Las Vegas, has been a political player in Chicago for years. Known as the unofficial “mayor of Chinatown,” his restaurants were festooned with photographs of him with celebrities and politicians.

Hu was appointed by Mayor Rahm Emanuel to the Commission on Chicago Landmarks but is no longer on it. He was named to the Asian Americans for Rauner Coalition as Bruce Rauner ran for governor.

The feds say that Hu withheld sales taxes from the Illinois Department of Revenue when customers paid cash. Hu would then deposit that money into his personal bank account. The alleged illegal activity occurred between January 2010 and September 2014, according to the criminal information filed against Hu.

The Chicago Sun-Times first reported that the feds raided nine of Hu’s restaurants and his South Michigan Avenue condo in October 2014 because they believed he was cheating on his taxes.

The FBI targeted Hu’s locations in Chinatown, Uptown and Downer’s Grove in its raid, records show.

Before raiding the restaurants, the feds tailed Hu in his black Mercedes-Benz as he drove to Chinatown from his condo, according to a search warrant application. FBI agents also dined at Hu’s restaurants more than a year before the raid to get a closer look at its computer systems and standard receipts, the records show.