A federal class-action lawsuit was filed against the City of Chicago Wednesday, which alleges the city's towing and seizure policy is unconstitutional.

CHICAGO - A federal class-action lawsuit was filed against the City of Chicago Wednesday, which alleges the city's towing and seizure policy is unconstitutional.

"I went out to the vehicle and I saw the boot on the car and I was like 'oh my god,’” said Joseph Walawski.

Walawski had just paid $17,000 for his Nissan Sentra, which he used to deliver pizzas when it was towed by the city in 2018 because of three unpaid parking tickets.

When he couldn't come up with the cash to pay off the tickets, the tow fee, and the daily pound storage fee, the city sold Walawski's car for a fraction of what he paid for it. 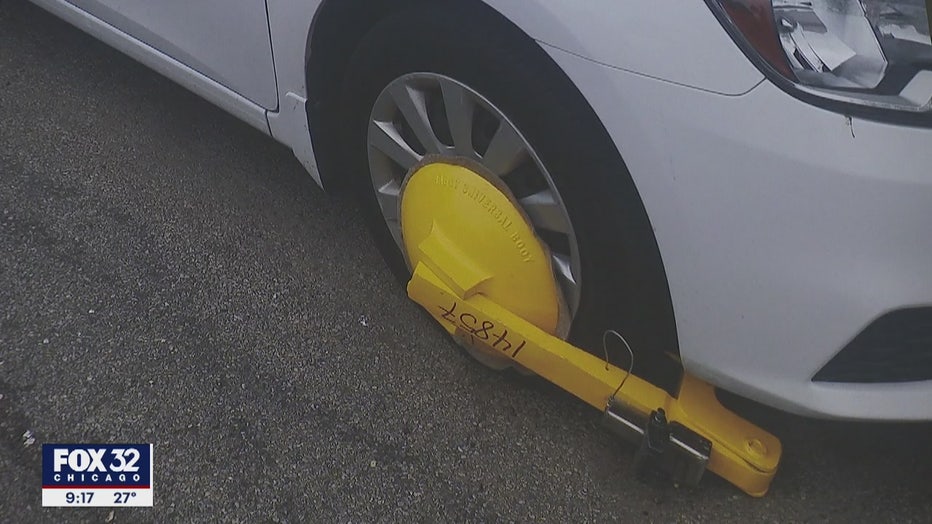 Walawski didn't get a penny of the proceeds and still owes money on the car loan.

Now, Walawski is one of the plaintiffs in a federal class-action lawsuit against the City of Chicago.

"We're alleging that this program is unconstitutional,” said Jacie Zolna, Walawski’s attorney. “It's a basic tenet of American law that the government can't take your property without just compensation."

Now it's unclear just how often this happens but the city tows nearly 100,000 cars a year. About 20,000 of those for unpaid tickets.

Just two unpaid tickets are enough for the city to seize and impound your vehicle.

"There's been a number of recent studies cited in our lawsuit demonstrating that these practices disproportionately impact minority and low-income communities,” said Zolna.

In a statement, a spokesperson for the city's law department says, "Mayor Lightfoot's administration has already taken action to begin reforming the city's historically regressive ticket policies. The administration is actively working to find ways to enhance them and ensure that residents aren't losing their cars simply due to inability to pay."

Walawski lost his pizza delivery job and filed for unemployment.

"For the city to take your vehicle away from me in that situation, that pretty much crippled me,” he said. “That left me in a very bad state."