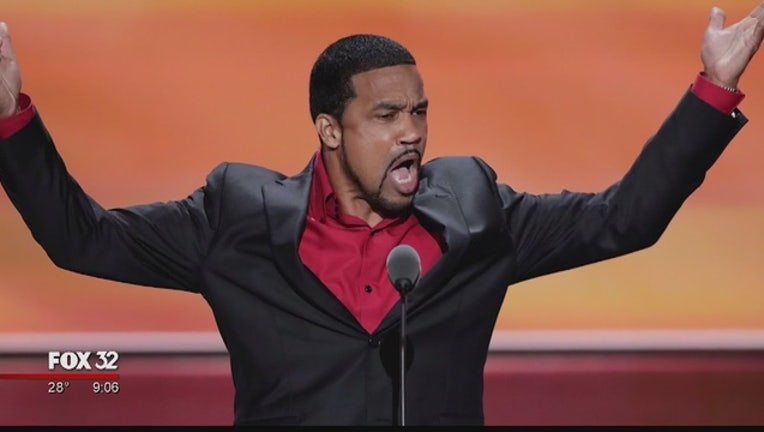 CHICAGO (AP) - A Cleveland-area minister who told President Donald Trump that Chicago's "top gang thugs" wanted to meet with him to find ways to reduce gun violence said the decision to cancel the event had nothing to do with criticism from activists in the city.

The Rev. Darrell Scott said the meeting won't happen Tuesday at a hotel near O'Hare International Airport because three people he wanted to attend, including an education expert who became ill at an airport, had to cancel.

He said the news release about the summit overstated his goals for the meeting. He said he had no intention of trying to negotiate a cease-fire with gang members as the release stated.

"I have no idea where that came from," Scott told The Associated Press on Tuesday.

A new date for the summit hasn't been determined.

Scott, pastor of the New Spirit Revival Center in Cleveland Heights and a Trump supporter, told Trump at a Black History Month event at the White House that "top gang thugs" had told him they want a "sit-down" with Scott about "lowering their body count" because of Scott's support of Trump.

"That's a great idea because Chicago is totally out of control," Trump, who has criticized Chicago for its gun violence, told Scott last month at that event.

Last year, Chicago's death toll reached 762 - the most killings in the city in nearly two decades. The homicides mostly occurred on the gang-plagued South and West sides.

Scott said he is "not trying to be no hero or savior for Chicago" and that the criticism is because of his support for Trump.

"If I was campaigning for Hillary Clinton or Bernie Sanders we wouldn't be having this problem," he said.