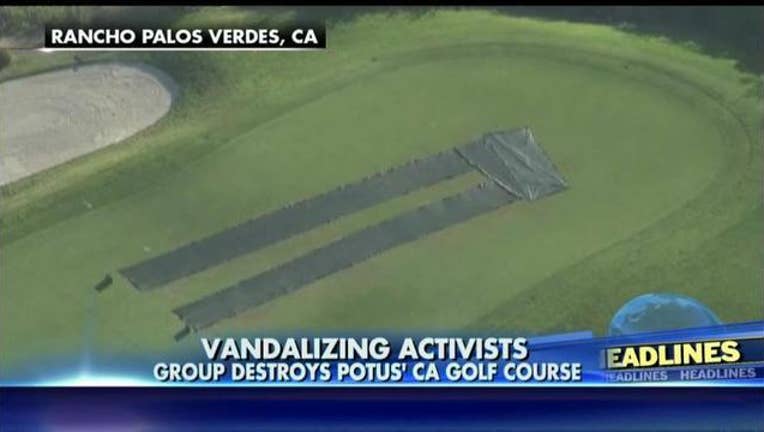 The local ABC station spoke with the anonymous protest group, which had claimed responsibility for the vandalism.

"It's a protest piece against Trump's administration's handling of our environmental policies," the person said through a voice-disguising mechanism. "He's been very aggressive in gutting a lot of the policies that we've had in place for a very long time. We felt it necessary to stand up and go take action against him," the person stated.

The words "NO MORE TIGERS, NO MORE WOODS," were etched with rakes into the green of the course's fifth hole. Workers later covered up the message with tarps.

The new administration has angered environmental groups with its proposed cuts to the Environmental Protection Agency and its stance on climate change.