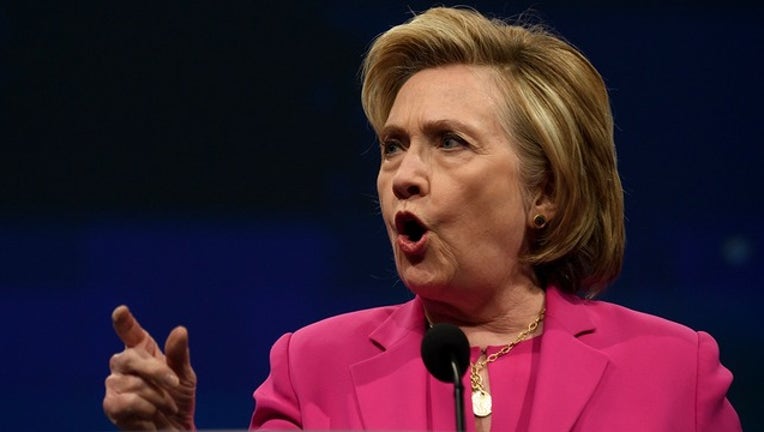 HANOVER, N.H. (AP) - Hillary Clinton said Wednesday that the struggles between President Donald Trump's administration and the U.S. House will show "whether it's the rule of law or the rule of Trump" that the courts and Republicans obey.

Speaking at a wide-ranging event held at Dartmouth College, the former U.S. secretary of state and 2016 Democratic presidential nominee said the Trump administration's recent defiance of subpoenas and claim of executive authority in its power struggle with Congress will lead to "big court fights."

Those fights, Clinton said, will most likely find their way to the Supreme Court.

"We'll see whether it's the rule of law or the rule of Trump that the Republicans in the Congress and in the courts are going to abide by," Clinton said.

Time and again in her remarks Wednesday to foreign policy students, Clinton returned to the 2016 election that she ultimately lost to Trump, criticizing the media and the effect that conspiracy theories had on her candidacy.

"Just think about the impact that that one lie, the Pizzagate lie, had," Clinton said, referring to a fake news story suggesting a Washington, D.C., pizza shop played a key role in a child sex trafficking ring that she was said to have run.

"It was a stolen email about a little fundraiser at a little pizza place that the Russians and their allies, including, I would argue, people online who were promoting Trump, took and made into a weaponized attack."

The conspiracy theory influenced a North Carolina man to fire a rifle in the restaurant in December 2016. Fortunately, no one was injured.

"This kind of agitation, this kind of conspiracy, fetishizing, the lies, it has real world consequences. So we've got to figure out how we're going to handle this and stand up against it," she said.

"But, you know, I sleep well at night because, look, I testified for 11 hours," she said, referring to a Republican-led House committee that questioned her about Benghazi in 2015. "What do I care?"

During the roughly hourlong event, Clinton took questions from a pair of former Democratic administration officials she worked with during her time as secretary of state.

On Iran, Clinton said she worries greatly that "there is some desire" on the part of the current administration to provoke something. Clinton said she also took it as a badge of honor that she "really annoyed" Russian Vladimir Putin, who U.S. intelligence agencies have said interfered in the 2016 election in an effort to help Trump beat Clinton.

"You've got to keep putting points on the board that the American people can see while we're fighting out this constitutional crisis," Clinton said.