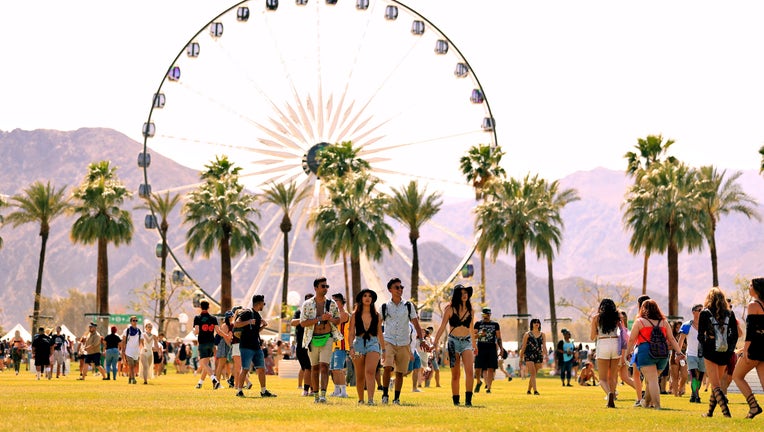 INDIO, Calif. - Coachella and Stagecoach officials have confirmed that the two music festivals have been postponed to October, as the global coronavirus outbreak creeps into major cities across the U.S.  The news was posted on their official Instagram page Tuesday afternoon, after reports that they were likely to cancel the festivals if they could not finalize October dates.

Coachella, which runs two weekends each year, was originally supposed to happen on April 10, with the last day of performances on weekend two ending April 19. Rage Against the Machine, Travis Scott and Frank Ocean were slated to headline on both weekends.

Stagecoach was originally scheduled to run from April 24-26, 2020. The line up included performing artists Thomas Rhett, Carrie Underwood and Eric Church among others.

There is no word yet on whether the original festival lineups will remain in place.

RELATED: Coachella 2020 lineup announced; a look at the stars set to perform

According to Goldenvoice, the company that puts on both festivals, ticketholders will be notified on Friday, March 13 on how to obtain a refund if they are unable to attend.

The music festivals bring tens of thousands of people to the Southern California desert each spring.

A petition calling for Coachella to be canceled received more than 18,000 signatures as of Tuesday morning. While another petition, against canceling Coachella, had just under 5,000 signatures.

To lower your risk of contracting the virus, health officials were encouraging people to avoid places with large masses of people and limit traveling to places where the virus is rapidly spreading. They also were urging people to wash their hands with soap and water for at least 20 seconds; avoid touching their eyes, nose or mouth; and stay away from work, school or other people if they develop respiratory symptoms like fever and cough.

The news comes after California declared a statewide emergency due to coronavirus last week. Gov. Gavin Newsom said the emergency proclamation was intended to help procure supplies and resources quickly.

On Monday, Riverside County, which is home to the festival, reported six confirmed cases of COVID-19. At least one of the cases was believed to be a case of "community spread." Meaning that the individual contracted the virus from a source of unknown origin.

Public Health officials were encouraging the public to practice "social distancing," encouraging people to use verbal salutations instead of shaking hands.

It was reported Wednesday that Ultra Music Festival, which was scheduled to happen later this month in Miami, was "postponed indefinitely" amid fears that coronavirus could spread.