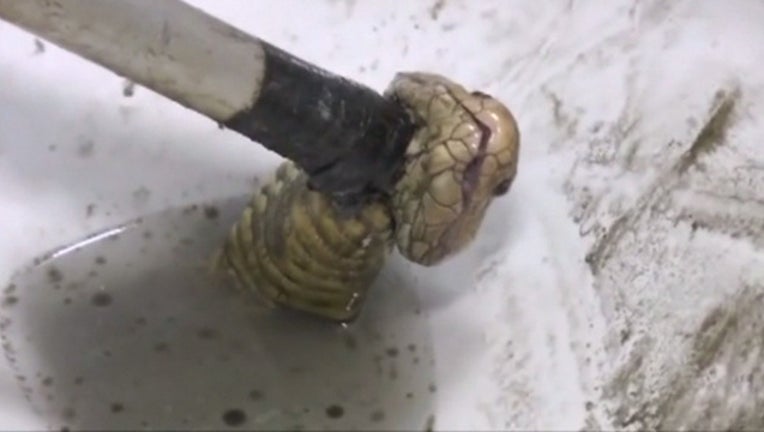 It's happened again. For the second time in less than two weeks, a dangerous snake has appeared in a toilet in Thailand.

A 27-year-old man called rescue workers on Sunday night after seeing a poisonous cobra popping its head out from his toilet bowl.

"The snake came and went several times. I saw it twice before but when I called the officials it disappeared," homeowner Pollapat Laokamnerdpetch says.

After crews arrived it took them about 30 minutes to lure the three-foot-long snake out through the septic tank.

The crews captured the snake and carried it away.

The snake was able to creep up into the toilet because there was no mesh screen installed to block it from coming in through the sewage tube.

The incident comes a week after a man was attacked by a python in his toilet.