Firefighters around the Chicago area and community members gathered Tuesday to honor a firefighter who died during training last week.

SOUTH HOLLAND, Ill. - There was an outpouring of support for the family of a suburban firefighter who died during training last week.

On Tuesday, firefighters around the Chicago area and community members gathered to honor his sacrifice.

Dylan Cunningham was looking forward to marrying the love of his life and anxiously awaiting his newborn baby due in December. Sadly, he lost his life doing what he loved.

“He had the enthusiasm and drive to be one of our star firefighters. He was always seeking other training opportunities,” said Bryant Krizik, Deputy Fire Chief in South Holland.

That is what 29-year-old Dylan Cunningham was doing last Thursday. The firefighter-paramedic with the South Holland Fire Department was doing scuba training when something went wrong at a quarry in Kankakee. 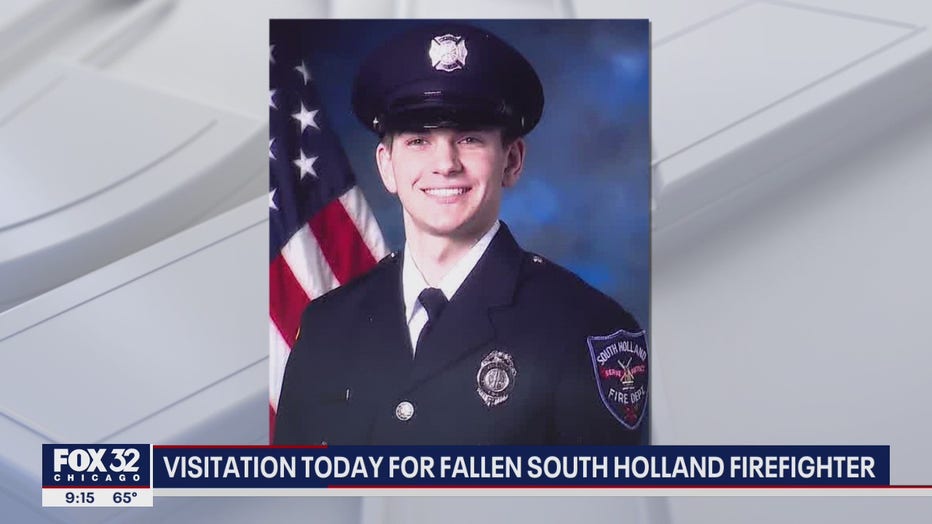 Cunningham rose through the ranks as an on-call firefighter-paramedic in 2011 and then became full time in 2018. His scuba gear is still being investigated along with the tragic incident.

The firefighter community along with everyday citizens traveled to Smits Funeral Home for the visitation in Dyer, Indiana.

Cunningham was also a member of the Illinois National Guard.

The most heartbreaking part of his story is the bundle of joy he leaves behind that will only know him through pictures and stories.

“I had a chance to meet with his mom, Rose. She’s a trustee in the Village of Thorton. Of course his fiancé Lauren and the upcoming baby, it’s very difficult,” said South Holland Mayor Don Degraff.

The procession will leave Smits Funeral Home Wednesday morning, travel passed the South Holland Fire Department and then to a church in Glenwood. That service is for family only, but members of the public are encouraged to stand along the route. 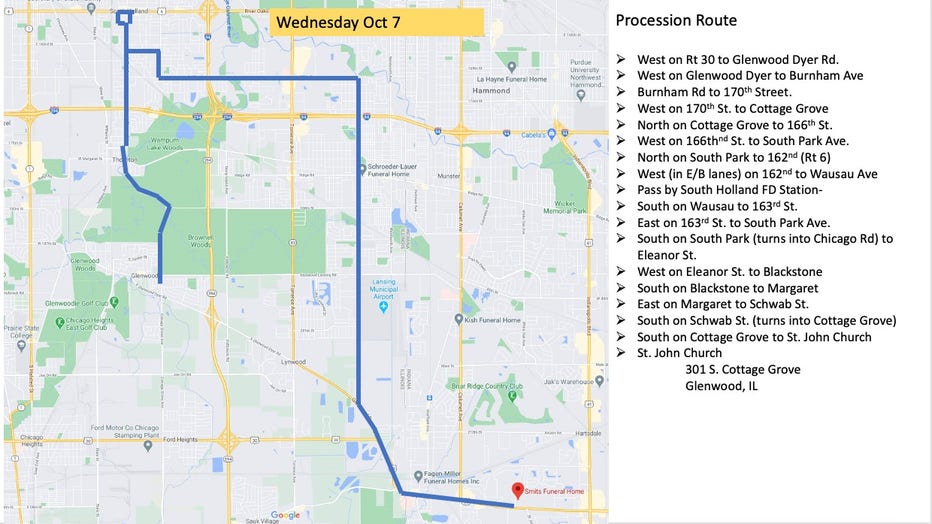