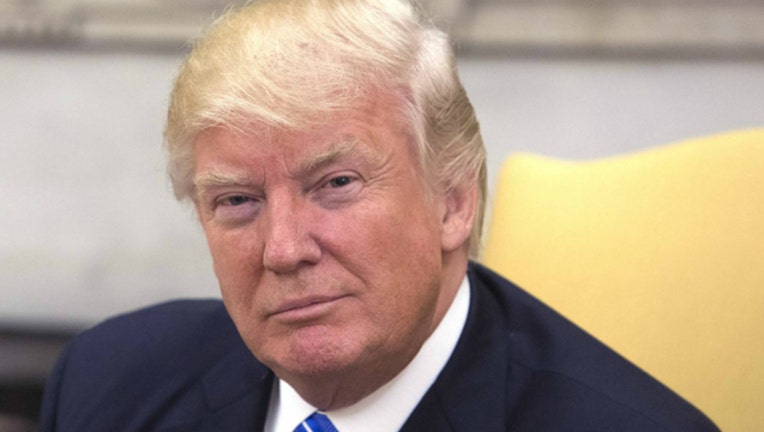 The defense authorization bill for 2018 sailed through the Senate by voice vote. The House had approved the measure earlier this week.

Lawmakers say the tens of billions of extra dollars are sorely needed to restock a U.S. military depleted by years of combat and a broken budgeting process that leaves the U.S. armed forces unsure of how much money they'll get each year.

But there's a catch. While the $700 billion military budget is a powerful political statement, the $700 billion plan remains notional until Congress can agree to roll back a 2011 law that set strict limits on federal budgets, including the Defense Department's. The cap mandated by the law on national defense spending for the 2018 budget year is $549 billion.

Republicans and Democrats haven't been able to strike a deal so far. Many Republicans favor easing the caps only for defense spending. But Democrats also want to increase the budgets for other government agencies.

If they fail to reach an accord, Congress could be forced to again use stopgap spending bills. Under these short-term measures, the Pentagon's budget is locked at current levels and the military services can be barred from starting new programs or ending old ones. Top military officials have testified that the stopgap measures have forced them to shift dollars intended for new weapons to pay for ongoing operations.

Sen. John McCain, R-Ariz., the Armed Services Committee chairman, said in a statement that the overwhelming bipartisan support for $700 billion in defense spending is a firm signal that the lower amount required by the law is "insufficient and unacceptable."

"I call upon the president to sign this important legislation into law - and in doing so acknowledge that this is the level of defense spending necessary to meet current threats, prepare for the challenges of an increasingly dangerous world, and keep faith with our men and women in uniform," McCain said.

The 2018 defense bill allots about $634 billion for core Pentagon operations and nearly $66 billion for wartime missions in Afghanistan, Iraq, Syria and elsewhere. The funding boost pays for more troops, jet fighters, ships and other weapons needed to halt an erosion of the military's combat readiness, according to the bill's backers.

The defense legislation includes $12.3 billion for the Pentagon's Missile Defense Agency and orders a more rapid buildup of the nation's missile defenses as Pyongyang has refused to back away from developing nuclear missiles capable of striking the United States.

The bill includes money for as many as 28 additional Ground-Based Interceptors - anti-missile missiles that would be launched from underground silos in Alaska in the event the U.S. decided to try to shoot down a North Korean missile heading toward the United States. The interceptors are designed to directly hit an enemy missile outside the Earth's atmosphere, obliterating it by force of impact.

Lawmakers also have required Defense Secretary Jim Mattis to develop a plan for increasing the overall number of so-called GBIs from 44 to 104. The bill also directs the Pentagon to procure more ship-based interceptors and missiles for the Terminal High Altitude Area Defense, or THAAD, a mobile anti-missile system.

The policy bill also grants U.S. troops a 2.4 percent pay raise, which is slightly higher than the wage increase the Pentagon had proposed.

Lawmakers also approved an increase of more than 20,000 active-duty and reserve troops from last year's level. The Army gets the largest boost and will receive 7,500 more active-duty Army soldiers and 1,000 additional reserve troops.

The defense bill provides money for 90 F-35 Joint Strike Fighters, 20 more than Trump asked for, as well as 24 F/A-18 Super Hornet jet fighters, 10 more than requested. The budget also includes three Littoral Combat Ships, two beyond the budget request. The ships are new to the fleet and operate in congested areas near the shore against small boats and mines.