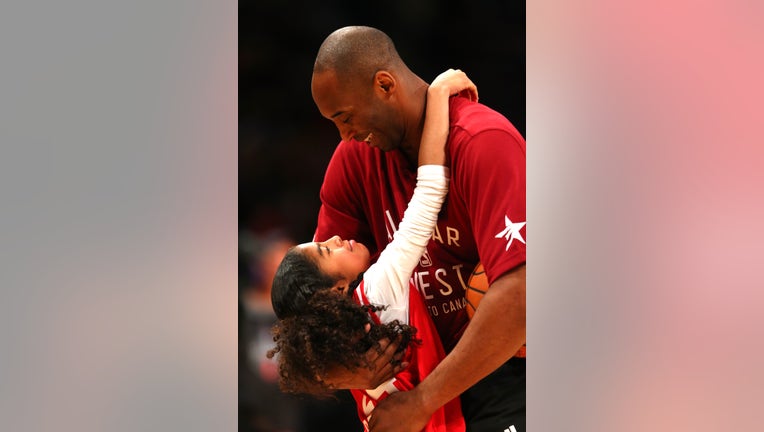 Kobe Bryant warms up with daughter Gianna Bryant during the NBA All-Star Game 2016 at the Air Canada Centre on February 14, 2016. (Elsa/Getty Images)

Kobe and his daughter Gianna were killed in a helicopter crash in Calabasas, California on Jan. 26 along with seven others.

The Kobe Bryant and Gianna Bryant Helicopter Safety Act would require all helicopters to be equipped with a Terrain Awareness and Warning System, a tool that was not equipped on the helicopter Kobe and his daughter were flying in on Sunday.

"Had this system been on the helicopter, it is likely the tragic crash could have been avoided," said Sherman in a news release.

Terrain Awareness and Warning systems can cost anywhere between $25,000 to $40,000 per helicopter.

NTSB investigator and spokeswoman Jennifer Homendy blasted the FAA at a Tuesday news conference saying her agency had recommended in 2004 that Terrain Awareness and Warning systems be implemented on all helicopters carrying six passengers or more but that the FAA failed to act on those recommendations.

The Kobe Bryant and Gianna Bryant Helicopter Safety Act would direct the FAA to work with NTSB to adopt new helicopter safety standards. The L.A. congressman's bill would also establish a commission on helicopter safety and require a report to Congress on best practices for helicopters in cases of low visibility.