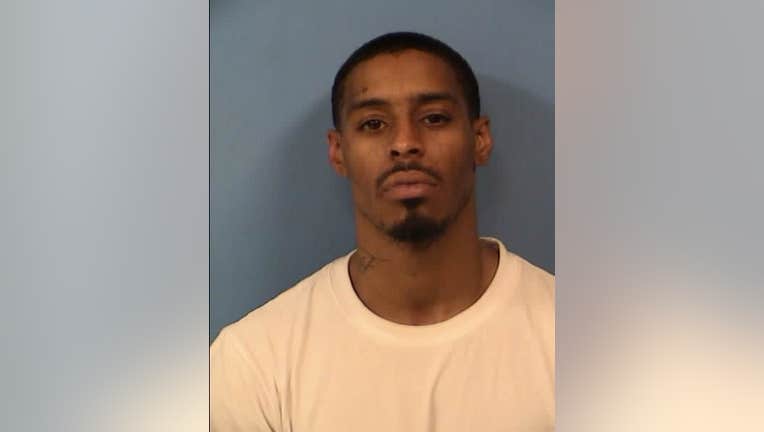 On Aug. 1, the victim of an alleged battery was returning to his vehicle in the parking lot of the Carol Stream Police Department when a verbal altercation ensued between the victim and a friend of the defendant in the battery case — who was later identified as Mayfield, prosecutors said.

While exchanging words, Mayfield allegedly told the victim, "I'll kill you right here," while gesturing his waistband — insinuating he had a gun.

The victim then returned to the police department a short time later, and another verbal altercation ensued between the victim and Mayfield, prosecutors said.

Carol Stream officers broke up the fight – at which time, the victim told an officer that he was allegedly threatened by Mayfield.

Police received permission from the owner of the vehicle of which Mayfield was a passenger in to search the car, and a loaded Smith and Wesson .40 caliber handgun with one bullet in the chamber was found, prosecutors said.

It was determined by officers that Mayfield was illegally in possession of that gun.

He was taken into custody without incident.

"As a convicted felon, Mr. Mayfield is prohibited from ever owning or possessing a firearm," said DuPage County State’s Attorney Robert B. Berlin. "It is alleged however, that instead of conducting himself within the legal limitations placed upon him due to his multiple felony convictions, Mr. Mayfield thumbed his nose once again at the law and decided to not only illegally arm himself, but also threaten to kill another human being. As I have said before, we will use every tool at our disposal to aggressively pursue and hold accountable anyone who would commit a crime while in DuPage County."

On Thursday, the state requested Mayfield's bond be denied. However, a judge set his bond at $250,000.

Mayfield’s next court appearance is scheduled for Sept. 29.