COOK COUNTY - A 55-year-old man who is a convicted sex offender was arrested Thursday after admitting to law enforcement that he was in possession of child pornography and has sent and received sexually explicit images and videos of children to people in another country, the Cook County Sheriff's Office said.

The investigation began when the National Center for Missing and Exploited Children contacted the Cook County Sheriff's Police Special Victims Unit regarding images and videos of child pornography found on a social media account, officials said.

On Tuesday, investigators visited Salvaggio at his South Barrington home where they say he admitted to sending and receiving sexually explicit images and videos of children as young as infants to and from individuals in the Philippines.

In addition, he allegedly showed officers where he was storing child pornography on his cellphone. 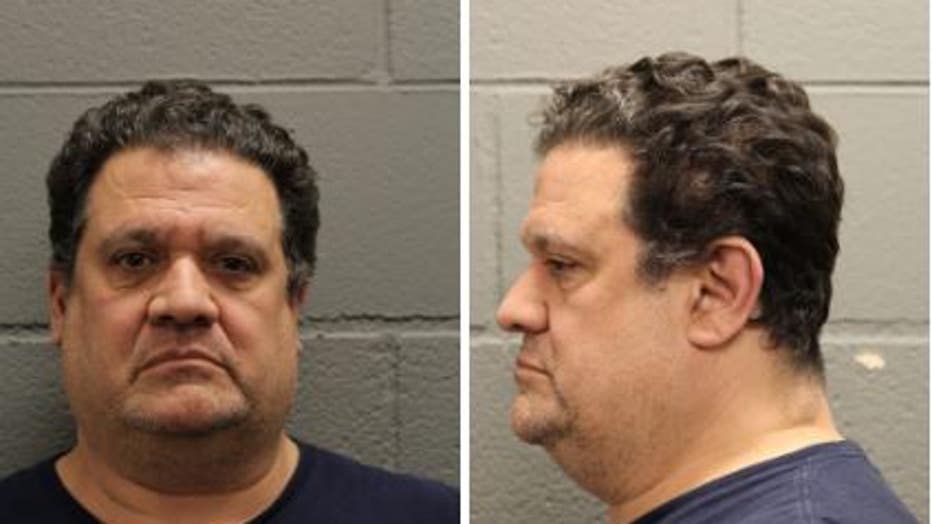 Salvaggio was arrested Thursday and charged with child pornography crimes. As a sex offender, he was also charged with failing to disclose all of his social media accounts to the registry.

In 2010, Salvaggio was convicted in North Carolina of sexually abusing an underage child.

He's next due in court for a bond hearing on May 20 in Rolling Meadows.