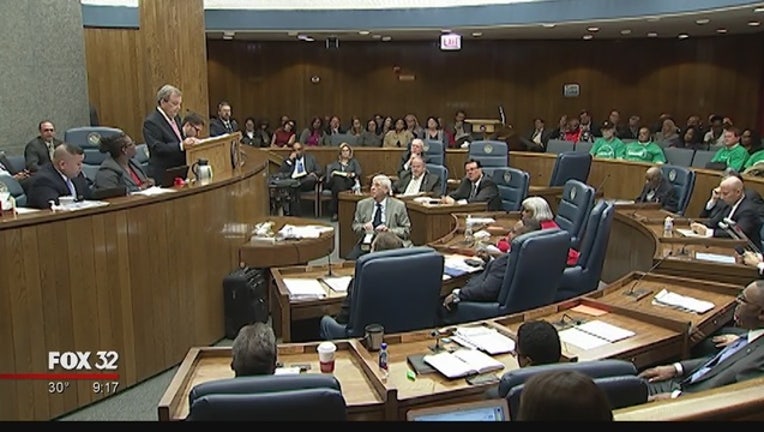 CHICAGO (AP) - Cook County commissioners have approved a $5.2 billion budget that includes more than 300 job cuts that come after the repeal of a sugary drink tax.

The board vote Tuesday on Cook County Board President Toni Preckwinkle's budget was 17-0. The budget includes 323 layoffs and requires eliminating about 1,000 currently vacant jobs.

Commissioner Richard Boykin helped lead the successful repeal of the sugary-beverage tax. He called the spending plan "a difficult budget at a difficult time."

The Chicago-area penny-per-ounce tax on soda and sweetened beverages was repealed in October after a months-long conflict that included a court battle and television ads. That left county commissioners having to decide how to fill an approximate $200 million budget hole.

The county's offices of its chief judge and sheriff are among those hit with cuts.